One of my favorite quotes from Martin Luther King, Jr. says, “Injustice anywhere is a threat to justice everywhere.” Those are words I have tried to live by over my 10 years as a queer activist, and rarely have they rung more true than in recent weeks.

I consider nondiscrimination legislation to be the most important issue facing our community today. More important than marriage equality, more important than hate crime legislation, more important than military service. Why? Because I think that only a society that says — as a matter of law and as a general cultural value — it’s not okay to discriminate against someone based on their sexual orientation or gender identity can achieve those other goals.
Earlier this year, Barney Frank and other congressional leaders introduced the Employment Non-Discrimination Act of 2007. Although the newest version of legislation was weaker in some respects than past versions (this one didn’t include non-discrimination in housing, for example), it also took a huge step forward by including gender identity for the first time. ENDA, as introduced this year, would have protected transgender people from discrimination.
I was overjoyed. Throughout my career as an activist, I have always done my best to reach out to the transgender community, to be inclusive and supportive. I know I haven’t been perfect in that regard, but I’ve learned a lot along the way. I began lobbying my elected officials to support the bill and begged my friends and family who don’t live in San Francisco to do the same in their districts.
At the end of September, as I was involved in producing the annual Out & Equal Workplace Summit, a conference all about LGBT equality in the workplace, we got word that Barney Frank and other congressional leaders wanted to remove gender identity from ENDA because there were not enough votes to support passage of the fully inclusive version. I was devastated, as were my colleagues and many of the 2400 other professionals attending the Summit.
What, I wondered, would I say to my coworker Zander if I continued to support ENDA without protections for transgender people? How could I sit in board meetings with Amanda, or committee meetings with Lori or Breanna, and look them in the eye? What apology could I make to my former pastor, Rev. Sean? And how could I respect myself when I went back to my professional and volunteer efforts and told the hundreds of transgender people I have interacted with over the years that I’m sorry, sticking up for them wasn’t politically convenient?
No, the choice was simple. Like many of the so-called “ideological purists” that joined the United ENDA coalition, I could no longer support anything less than a fully inclusive bill. Since taking that stand, and lobbying congress for nothing less than a transgender inclusive ENDA, I’ve been called a “liberal elite,” “unrealistic,” “a sheltered activist” and “a sell-out.” I’ve been called those things by friends and colleagues in the movement and by anonymous internet trolls.
I don’t disrespect those who take a more pragmatic view and say we should take what we can get. I very much respect Congressman Barney Frank for his history and leadership, even though we disagree on this issue.
So maybe I have some starry-eyed idealism about equality. So what? The next time I, or hundreds of other LGBT community leaders, write “transgender” in our mission statements or talk about diversity and respect for all people, we’ll know that our actions speak as loud as our words.
Jere Keys works for Out & Equal Workplace Advocates and currently lives in San Francisco. He is the former editor of this newspaper’s precursor, “Salt Lake Metro.” Find him online at www.jerekeys.com 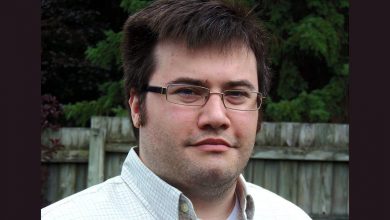 The LDS Church and medical marijuana