Sometimes I think I’m crazy. I’m often anxious, occasionally hypochondriacal. And a deep sense of foreboding flows through my veins as it did through the veins of my great-grandparents, who fled Eastern Europe ahead of pogroms and the Nazis because they knew at a cellular level that bad things were going to happen (there are advantages to expecting the worst when it gets you out of harm’s way).

My therapist tells me I’m perfectly normal for a mildly neurotic, middle-aged Jewish gay guy who has just buried his mother, grandmother and both in-laws over a period of 24 months. But I’m not sure I agree with his benign assessment because I often felt a little crazy long before this current run of bad luck.

If this were 1967 instead of 2007, my suspicions about my sanity (or lack of it) could have easily been confirmed in the pages of the Diagnostic and Statistical Manual of Mental Disorders (DSM). Right there in black and white the American Psychiatric Association (APA) said unequivocally that as a homosexual I was by nature mentally ill.

Kidding aside, I know that the kind of crazy I sometimes feel is no different from what a lot of perfectly normal people experience and it has nothing to do with the fact I’m gay. And by 1973 the APA came around to this idea, voting in that year to remove homosexuality from its list of mental disorders. As one local Philadelphia newspaper archly proclaimed on its front page following the official change of heart: “20 Million Homosexuals Gain Instant Cure.”

It’s a little hard to imagine today the heavy burden of the “sickness” diagnosis. You could be fired from your job or not hired in the first place. After all, you couldn’t possibly employ someone who is mentally ill to teach children, care for the sick, or prepare your taxes. And pity the gay parent trying to hang on to her or his kids in a divorce proceeding.

The sickness diagnosis also meant there was something to cure, which gave rise to a whole industry whose purpose was to help homosexuals recover from their disorder. So in the name of science and the medical and mental health professions, untold numbers of gay men and women were subjected to everything from endless years of fruitless psychoanalysis and devastating electro-convulsive therapy to hormone treatments, aversion therapy (“Now why don’t you sit back and relax and watch this hot man-on-man porn film while I attach electrodes to your genitals and/or give you this liquid to drink that will induce vomiting … ”), and on rare occasion, castration.

The majority of gay women and men were lucky enough to escape the clutches of the mostly well-intentioned professionals, but they were still condemned to the mental torture of living with the knowledge and stigma that they were classified as mentally ill. And for those who tried to cure themselves, the futile pursuit of banishing same-sex attraction was enough to drive even the most grounded gay person over the edge.

While the 1973 de-listing might in retrospect look like a common sense and easy decision, it was in reality a very contentious process and it was years in the making. The seeds of our sanity conversion were, in fact, planted more than six decades ago by a gay, part-time college student, named Sam Fromm. And it was nurtured by a small group of persistent, mostly straight, psychologists and psychiatrists.

Sam Fromm got the ball rolling in 1945 when, after befriending his UCLA psychology professor, Dr. Evelyn Hooker, he urged her to make a study of “people like us.” As Dr. Hooker explained to me in a 1989 interview, “This bright young man, somewhere in his early 30s, had obviously been thinking about this for a long time. And by ‘people like us’ he meant, ‘We’re homosexual, but we don’t need psychiatrists. We don’t need psychologists. We’re not insane. We’re not any of those things they say we are.’”

Realizing that no one had ever thought to question the homosexual sickness label, Dr. Hooker decided to take up Sam’s challenge and began her pioneering — and for the time — extremely bold and professionally dangerous research.

When Dr. Hooker presented the results of her work at the 1956 American Psychological Association convention in Chicago, the hotel ballroom was filled to overflowing. She recalled, “The title of the paper was ‘The Adjustment of the Male Overt Homosexual.’ In my paper I presented the evidence that gay men can be as well adjusted as straight men and that some are even better adjusted than some straight men … so far as the evidence was concerned, there was no difference between the two groups of [straight and gay] men in the study.”

Dr. Hooker’s conclusions set off a firestorm within the mental health profession and inspired others to continue her research in the years that followed. Then, beginning in 1970, veteran gay rights activists Dr. Frank Kameny and Barbara Gittings began pushing for change from the outside (often coordinating with their allies within the American Psychiatric Association, including Dr. Judd Marmor, a leading psychiatrist who was very familiar with Dr. Hooker’s work).

Frank and Barbara’s campaign to banish the sickness label combined direct action protests with sophisticated marketing and targeted education. Their efforts culminated with a now legendary panel discussion at the 1972 American Psychiatric Association convention, entitled “Psychiatry, Friend or Foe to Homosexuals? A Dialogue.” Joining Barbara and Frank (and documented by Barbara’s partner Kay Lahusen — see photo), was a gay psychiatrist, “Dr. Henry Anonymous,” who spoke of his experience of having to live in the closet because of his fear of ruining his career. (Yes, that’s a mask he’s wearing to disguise his identity.)

"It went off marvelously!” Barbara recalled. “The house was packed. Naturally, I think the anonymous psychiatrist was the main reason the house was packed. He made a very eloquent presentation. Than I read statements [we had gathered] from other [gay] psychiatrists, and that clinched it.” The official vote to remove homosexuality from the list of mental illnesses came just one year later.

Barbara recalled the impact that the de-listing had on the gay rights movement: “From 1967, when I made my first public lecture to a straight audience, I had to deal with people’s conviction that we were sick simply because they had heard some psychiatrist say so. The APA action took an enormous burden off our backs. We could stop throwing so many resources into fighting the sickness label and begin to devote some of that energy and money to other issues.”

So all these years later, the only ones who still need to have their heads examined are the few remaining mental health professionals, (and more than a few religious zealots) who continue to insist that our sexual orientation is curable (through therapy and/or prayer, among other discredited and less benign methods). I like what Dear Abby had to say about the unreconstructed counselors some years ago: “Any therapist who would take a gay person and try to change him or her should be in jail.” Amen.

As for the men and women who risked their careers and livelihoods to make the world safe and sane for us homosexuals, I say it’s time to erect a few statues in the public square honoring their courageous efforts. And let’s start where it began, with the young gay man who proclaimed his own sanity and the psychologist who proved he was right.

For a more complete account of how we gained our sanity, please go to my Web site, www.ericmarcus.com, and read the excerpted interviews from my book, Making History, with Dr. Evelyn Hooker, Dr. Judd Marmor, Barbara Gittings and Kaye Lahusen.

Eric Marcus is the author of several books on gay issues, including Is It a Choice? and his just published book for teens, What If Someone I Know Is Gay? Answers to Questions About What It Means to be Gay and Lesbian. 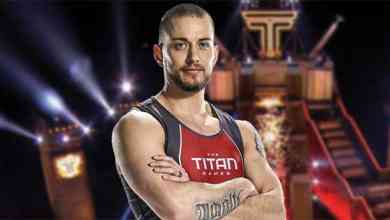