For those who frequent Rosie.com, you know that's Rosie O'Donnell blog speak for it ain't gonna happen. But while Rosie says she thinks the network backed down after she accidently leaked the possibility of such show at a gig in Florida, insiders are saying it has to do with one thing: Money.

And allegedly, Rosie wants too much.

Just two days after NBC confirmed to the press that it was in talks with the former View host to headline her own political gabfest, O'Donnell posted a message on her blog saying such talks had ceased.

The controversial comedian was reportedly in talks to star in her own show on the network – a current events talk fest that would have put her head to head with Larry King.

According to the New York Times, NBC had been considering O’Donnell for a number of jobs in recent months and had settled on offering her a prime-time slot that would pit her against CNN's Larry King Live and Fox News' Hannity and Colmes.

O’Donnell herself alluded to the possible new gig during a recent book-signing in Miami, according to lyingonthebeach.com. According to a podcast on the site, the comedian said she would soon begin competing against “the guy with the suspenders and the long, long face” during the event.

This was the latest of several gig O'Donnell has considered in recent months. Rumors O'Donnell would take over hosting duties on The Price is Right stalled when producers insisted she'd need to tape weekdays in Los Angeles.

This season, O'Donnell is expected to return to her guest starring role on nip/tuck.

You Gotta Have Faith 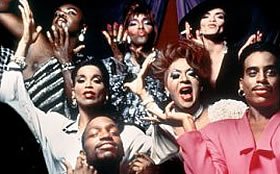