Mountain and Southern states are reporting significant increases in the number of gay and lesbian couples reporting themselves in the U.S. census and American Community Surveys, according to research done by the Williams Institute of Sexual Orientation Law and Public Policy of the UCLA School of Law. Utah, in particular, has jumped from a ranking of 38th in the nation in 1990 to 14th in 2006 statistics — the most significant jump of any state.

According to U.S. Census figures, only 401 gay and lesbian couples delcared themselves in 1990. In 2000, that number jumped dramatically to 3,370. The latest findings, done by American Community Surveys, reveals 6,503 out gay couples, an increase of over 1,600 percent since 1990.

"Some of the changes from 1990 to 2000 are likely a result of differences in how the U.S. Census Bureau enumerated same-sex unmarried partner couples," the report states. "In 1990, only same-sex couples where one partner was identified as the unmarried partner of the other were included in the counts. In Census 2000 and ACS enumerations, same-sex couples also include those where one same-sex partner is identified as a “husband” or “wife” of the other partner."

The report shows there is still no true mechanism for measuring the number of same-sex couples in the U.S. Census. Only through extrapolation can gay couples be counted, leading to under-reporting.
The report also attributes such dramatic increases in the increasing ease which gay men and lesbians are coming out.

"National polls since the early 1990s demonstrate an increased acceptance of lesbian and gay people and same-sex couples in the U.S. population. It is likely that this acceptance results in increasing numbers of lesbians and gay men being more forthcoming about their sexual orientation and living arrangements in surveys," the report states.

"In analyses from the 1992 National Health and Social Life Survey, approximately 3.2% of men and 1.6% of women aged 18-49 identified themselves as gay, lesbian or bisexual. Ten years later, the National Survey of Family Growth found that 4.1% of both men and women aged 18-44 identified as either homosexual or bisexual," the report continues.

The report also hypothesizes that  due to increased social acceptance, more lesbians and gay men are choosing to couple and cohabit together.

"Broader social support could also result in longer duration relationships among lesbians and gay men," according to the report.

The report cites trends in Gallup polls showing a rise in acceptance of homosexual relations between consenting adults from 33 percent in 1988 to 59 percent in 2007.

Such acceptance, says the report, allows more and more gay couples to reveal themselves to survey-takers. This would explain such dramatic shifts in the South and in Mountain states.
A rise in same-sex couples is more prevalent, according to the study, in states that have passed a constitutional amendment banning same-sex marriage.

"Recall that 24 states included a statewide election as part of the process of enacting their constitutional amendment banning marriage for same-sex couples. These states engaged in perhaps the most public debates about the issue. In states with an election, the increases in the number of same-sex couples were even higher, at 41%, and the pace was 7.3 times that of the overall population increase. The high level of public discourse in these states during this period may have led a larger portion of lesbian and gay couples to become more public about their lives, perhaps in hopes of having an impact on the debate."

"Census Bureau figures showing continuing increases in the number of same-sex couples track with other surveys showing that more Americans than ever before are identifying as lesbian, gay and bisexual. More detailed analyses of Census and ACS data show distinctive geographic patterns to these increases in same-sex couples. They are disproportionately large in the most socially conservative regions of the country," the report concluded.

"Same-sex couples are becoming far more visible beyond traditional gay areas. New Mexico, Colorado and Utah are now among states with the highest concentrations of same-sex couples in their populations. Clearly these couples (and likely the broader lesbian, gay and bisexual population) are coming out and identifying themselves in government surveys at higher rates in parts of the country where they have been historically least accepted, suggesting that these areas have become more hospitable and welcoming of this often stigmatized population."

"A combination of growing social acceptance and migration to the South and West means that same-sex couples are becoming increasingly visible in the most politically and socially conservative parts of the country," said Gary Gates, author of the study. "It may well be that these changes in the number of same-sex couples offer a 'leading indicator' to assess which historically conservative states are destined to become more 'purple' in upcoming elections. If so, keep an eye on Utah." 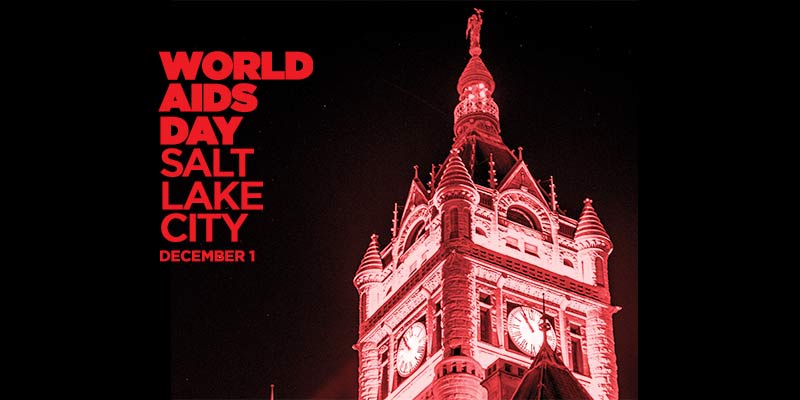