Washington, D.C. — Dozens of openly gay and lesbian candidates running in municipal and state legislative races across the country won their elections Nov. 6, according to the Gay and Lesbian Victory Fund.

Of the record 71 candidates endorsed by the group in 2007, at least 31 won their races the Washington, D.C.-based organization announced Nov. 7, while 10 were elected earlier this year. At least three more endorsed candidates received enough votes to advance to runoff elections.

According to Victory Fund President/CEO Chuck Wolfe, the growing number of out candidates demonstrates the gay community’s increasing involvement in electoral politics.

“This is the path to change,” he said. “We are not content to sit on the sidelines and hope that others do the right thing for our community. We will step up and lead the fight for a more equal and fair America, and we will win.”

The Victory Fund’s 71 endorsements set a new record for an odd-numbered year in which there are no scheduled federal elections. In 2006, the group endorsed 88 candidates and it expects to endorse more than 100 candidates in 2008, according to Wolfe. He added that planning has already begun for next year’s races.

“2008 will be another record-breaking year for gay candidates, and they’ll need help to counter the inevitable attacks from anti-gay hate groups. We’ll be ready to fight,” Wolfe said.
Highlights from the Nov. 6 election included:

Joel Burns, a candidate for the Fort Worth, Tex., City Council advanced to a December runoff election as the top vote-getter. In October, Burns was subjected to anti-gay smears from an opponent and fellow party member.

Craig Covey won his race for mayor of Ferndale, Mich., becoming the first openly gay mayor elected in the state of Michigan.

Michelle Bruce, an openly transgender incumbent on the Riverdale, Ga., City Council was the top vote-getter in her race and advances to a runoff election.

Brian Bates won a seat on the Doraville, Ga., City Council, becoming the first openly gay Republican to win office in the state.

Lydia Lavelle won a seat on the Carrboro, N.C., Board of Aldermen, becoming the seventh openly gay, lesbian, bisexual or transgender candidate ever elected in the state.

UPDATED: Bell Will Go to Trial for Kidnapping Charges 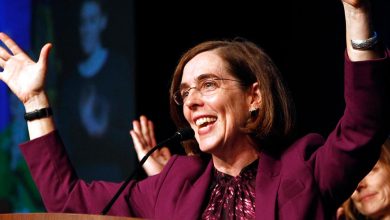