A rainbow-striped pride flag put out to welcome a visiting gay senator was stolen from Dixie State College on Nov. 19.

Members of the school’s diversity club and pride club, an organization for gay, lesbian, bisexual and transgender students and their straight allies, put the flag up to welcome state Sen. Scott McCoy. McCoy had come to the school to speak with students, faculty and residents about creating a Southern Utah chapter of the Stonewall Democrats, an organization for gay and lesbian Democrats.
The flag, which resembled the American flag with rainbow stripes in place of the red and white, was taken during McCoy’s speech.
Diversity club and pride club members said the theft was disturbing.
“This is not just about acceptance, but about toleration for all,” pride club president Doug Gubler told the Salt Lake Tribune.
Dixie State President Lee Caldwell called the theft a misunderstanding. According to him, a male student took the flag away because he thought it was mocking Old Glory.
“He had no clue it was anything other than someone making fun of the U.S. flag,” Caldwell told the Salt Lake Tribune. “It was a case of extreme naiveté.”
Chris McArdle, President and Pride director of Southern Utah Pride Association, Inc., the organization responsible for the annual Southern Utah Pride at Zion festival, said he told school officials that the student needed to understand the severity of his actions.
“I wanted to make sure the student understood the repercussions of that,” said McArdle, who also played a major part in arranging McCoy’s visit. “It could be classified as a hate crime, certainly as vandalism.”
He added that while school officials did not tell him how they addressed the flag’s theft, they nonetheless assured him that they addressed the matter in a “positive way.”
At the time, McArdle said he also told school officials that he and other members of Southern Utah’s gay community would be “happy to help” address issues of tolerance and diversity at the university campus.
Vice president for student services Frank Lojko eventually found the stolen flag. 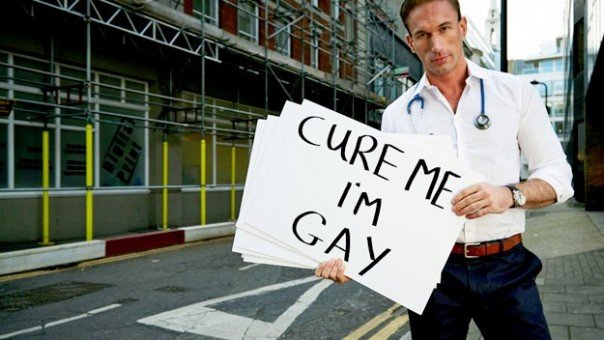