It’s a new day – and a busy one – at Sherry Johnston’s A New Day Spa. At 10:00 a.m. on the day before Thanksgiving, hairdressers, massage therapists, nail technicians and other aestheticians duck into and out of Johnston’s office, answering questions between seeing clients.

At her desk for a brief moment between helping two clients get into the spa’s famous JoAva body wraps, Johnston smiles, sighs in mock-exhaustion, and laughs.

“And this is one of our slow days!”

But there are rarely any true slow days at A New Day Spa (which earlier this year moved from its Sugar House location to the former Salon Utopia on Highland Drive). And rarely any slow days for its owner, either. Johnston got into the spa business 33 years ago. Her spa was called Get Physical until fifteen years ago when it moved to the Courtyard Building in Sugarhouse and effectively changed its name. Johnston saw the spa grow and change over three decades while owning other businesses, including four video stores and a restaurant.

“I have a hard time with doing just one thing,” she said.

Still, Johnston said if she had to pick just one thing it would be her salon and spa.

And she also loves adding new services for her clients, especially now that the spa has moved into a new and bigger building. Among its many services A New Day currently offers manicures, pedicures, hair styling, permanent make up and facials, eyelash extensions, energy work, psychic and Tarot card readings, floral essence work, massage and acupuncture. Tanning beds have also been ordered, and Johnston said she hopes to hire a yoga instructor to teach classes in the spa’s basement.

One of the new services Johnston and her employees are particularly excited about is the Six Hand Massage. This unique, intensive one hour and ten minute session was created by several of the spa’s massage therapists, including Connie Robinson (who specializes in deep tissue, neck and wrist), Diana Espnez (energy work) and Julie Wilcox (injury massage).

“In this massage, we do almost every modality, including deep tissue, acupressure, energy work, shiatsu, sports massage, trigger point, cranial/sacral and stretching after the massage is over,” said Wilcox. “The basis [for including the different techniques] is to create a full balance between body, mind and emotion, so if something’s out of whack, it’ll be fixed.”

But one of Johnston’s favorite services is the JoAva body wrap, which she named for her eldest daughter JoAva Markovich (who has done nail art, facials and permanent make up at the spa for the past twelve years). Johnston performs the body wraps by having her client undress down to their underwear, and then coating their bodies in a cream that she developed with a chemist 33 years ago. The cream includes niacin (vitamin B 3) and a number of other nutrients the body needs. Johnston applies it to detoxify the body and to help give it some of the vital nutrients it may be lacking.

“Because the body needs everything in the cream, there’s no way you can be allergic to it,” Johnston explained. “Typically when people break out in a rash after, it’s because they haven’t had enough water, or they’ve eaten things like white bread or refined sugar. They’ll get rashy then because the body is trying to flush those toxins.”

After the coating, Johnston wraps her clients in cellophane, which she removes an hour to two hours later, depending on client preference and familiarity with the process (clients undergoing their first wrap are typically taken out after an hour). Together, cream and cellophane create one of the wrap’s most popular benefits: flattening fat cells so the client loses inches from his or her legs, stomach, thighs, buttocks and upper arms, which the tightly-wrapped cellophane also helps to achieve. In fact, Johnston said she has experienced such client satisfaction, that clients who don’t lose at least ten inches total on their body can have the wrap for free.

“The wraps can also help with psoriasis, diminishing stretch marks and even helping people with fibromyalgia, because it helps with circulation,” she said.

Because of the positive feedback she has received from the wraps – and because the cream is only available at A New Day Spa – Johnston says her wraps have gained national attention, and have won her several out of state clients (although most come from Western states within driving distance). Several years ago, she said she gave one to talk show host Phil Donahue live on his show, and more recently one to Dancing with the Stars contestant and popular Utah-born chanteuse, Marie Osmond.

Although the spa is not gay-owned, it employs two gay people on its staff of twenty and welcomes gay, lesbian, bisexual and transgender clients – clients Robinson credits the spa’s emphasis on tolerance and spectacular customer service for drawing.

“We are so open to anyone who comes in,” she says. “We don’t judge. Our job is to cater to the needs and will of all clients.”

“Gay clients regularly tell me when they walk in that the place feels really gay friendly, and that they don’t feel uncomfortable at all,” added Johnston.

Ultimately, she said that she and her staff are fully dedicated to seeing their clients’ health and happiness improve. 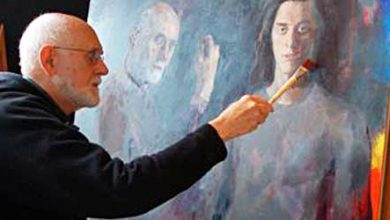