If Brigham Young University has an infamous reputation in the GLBT community, it is, in part, because of the so called “reparative therapy” experiments performed on gay students in the mid-1970s. As part of these experiments, Max Ford McBride, then a graduate student in psychology, exposed gay male students to male pornography and delivered shocks of up to 4.5 miliamperes of electricity in hope of “curing” them of their “condition.” These procedures, deemed today both ineffective and barbaric, are documented in several sources, including a documentary called Legacies, a published account written by Affirmation member Don Harryman, and McBride’s own 1976 dissertation. Fourteen students completed the experiment that earned McBride his Ph.D.—hence 14, the title of John Cameron’s new play. 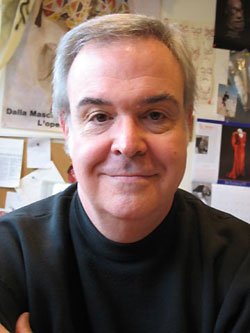