Phoenix, Ariz. — Arizona may soon join a handful of states that allows the domestic partners of state employees the same benefits as married people, regardless of sexual orientation.

State Department of Administration director Bill Bell filed this proposal with the Secretary of State’s Office on Nov. 7. It was dully processed and published Nov. 30 in the secretary of state’s registry of proposed rules. If the Governor’s Regulatory Review Council, a board of six members appointed by the governor, approves the proposal, the gay and straight partners of state employees will have access to health care and other benefits married employee currently enjoy.
Arizona currently employs 65,000 people in government and public universities. The change would also apply to the 9,000 retired employees who participate in the state health plan.
Barbara McCullough-Jones, the executive director of gay rights group Equality Arizona, said that the plan is a step forward in treating all employees equally.
“Throughout Arizona people work every day in state jobs that improve the lives of our residents, ensure public safety, protect the state’s interests in water and land, and many other functions,” She said. “They work to create the “One Arizona” envisioned by Governor Napolitano.”
“However, some of these people work under conditions that are not equitable from one employee to the next,” she continued. “Specifically, unmarried lesbian, gay, bisexual, transgender and heterosexual workers are not afforded the same access to benefits as some of their colleagues.”
A spokesman for Governor Janet Napolitano said that the governor supports the plan.
“It’s something that most the other private corporations and large cities are doing and it’s time state government started doing it, as well,” Tim Nelson, general counsel to the governor, told the Associated Press. “It’s something the governor believes strongly is the right thing to do.”
Opponents, however, have said that the proposal will threaten traditional marriage.
If passed, the proposal will bring the state government in line with 13 of the state’s top 20 employers who offer domestic partner benefits according to Out Reach, a University of Arizona organization for gay, lesbian, bisexual and transgender staff, faculty and graduate students. These employers include Banner Health Systems, Intel, Wells Fargo, Target, Qwest and Home Depot.
The public will have approximately a month to comment on the proposal before a hearing is scheduled.
In Arizona, Pima County and the cities of Phoenix, Scottsdale, Tempe and Tucson already offer domestic partner benefits to city employees.
Currently, eleven states offer domestic partner benefits to state employees: California, Connecticut, Illinois, Iowa, New Jersey, New Mexico, New York, Oregon, Rhode Island, Vermont and Washington. In Massachusetts, same-sex couples have been able to legally marry since 2004. 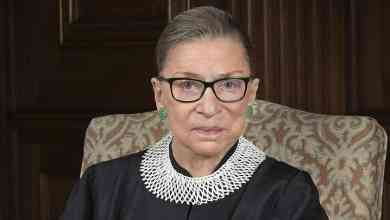