Ft. Worth, Tex. – Broadway Baptist Church is currently divided over whether to include photos of partnered gay members in a directory that will be published to celebrate the church’s 125th anniversary.

So far, church members have debated three options: including photos of gay couples, photos of gay members individually, or omitting photos of individuals entirely. They were to make a final vote after Sunday services on Dec. 2, but decided to wait for the church’s deacons to voice a recommendation on Feb. 24.
“We will continue to discuss this issue together as a church family,” Kathy Madeja, chair of the deacons, told The Dallas Morning News. “We do not want to rush to make a decision, but rather to continue to listen to each other and for God’s leading for our church.”
Although the church is well known as a moderate Southern Baptist church on a number of issues and has long welcomed gay members. Its members hold diverse opinions on a number of religious issues, including whether or not gay sex is sinful.
“Broadway has for years had an amazing policy on including gay people. It’s not a policy that a committee came up with, or the staff or the deacons. It’s an unwritten policy that came out of the shared life of this congregation, a policy I believe was inspired by the Spirit,” Younger told the Baptist Press. “This church has for a long time included both gay people who are committed to Christ and members who aren’t affirming and who have serious questions, but who are willing to share the church. This has allowed us to be a congregation where the conversation can take place about being gay and being Christians.”
However, the inclusion of gay-affirming and non-affirming members has lead to the current directory debate. Earlier, in a church newsletter, Brett Younger, Broadway Baptist’s senior pastor, wrote that some members thought including gay couples’ photos in the directory would be an endorsement of homosexuality. Others thought that including gay members individually would be unfair to gay couples.
Younger recommended that the directory omit pictures of individuals and families altogether, and focus instead on the church’s community activities, such as Sunday worship services and its various ministries in action.
In recent years, the issue of homosexuality has divided world Christianity, and protestant denominations in particular. Since the ordination of an openly gay American bishop in 2003 the Anglican Church (a worldwide federation of churches including the Episcopal Church in America) has faced the threat of schism. The United Methodist Church and Presbyterian Church (U.S.A.) have also faced much internal debate over how to treat their gay and lesbian members. 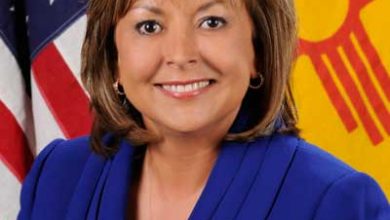