Imagine waking up every day and feeling like you were in the wrong body. Imagine the frustration and angst it would cause to know that although you felt like a human being, those around you didn’t treat you that way. Imagine spending a lifetime trying to excel at a sport only to be told that physically you were unable to compete because an unprecedented gender policy forbids your inclusion. Imagine being the first person ever to challenge that rule and win.

For former tennis player Renee’ Richards, those scenarios were reality. As one of the first recognized professional transgendered athletes, Richards made waves and broke down barriers, creating a legacy that would change the face of sports forever.

Although the gay community includes transgendered individuals in their acronym LGBT, they are often the forgotten populace and take a back seat in politics, social reform and sports.

While gay and lesbian people are staking their claim in the sporting world proving that they are just as gifted and talented as their straight counterparts, transgender athletes still face an uphill battle when it comes to acceptance.

One of the most recognized and captivating leaders of that battle was born Richard Raskind in New York City in 1934. Raskind’s father was a successful orthopedic surgeon, and his mother was one of the first female psychiatrists in the United States, prompting Raskind’s interest in medicine, which along with tennis, would be a passion throughout his life.

As a young man growing up, Raskind was a determined athlete and was ranked among the top tennis players on the regional junior level at the age of six. By the time he was in high school, Raskind had made a name for himself on the amateur circuit and was slated to be the next great tennis sensation. While he was excelling on the court, it was his personal life that seemed to be in constant conflict, as Richards seemed to suffer from what he described in his book Second Serve as “dual consciousness.”

After graduating high school, Raskind attended Yale University before going to medical school at the University of Rochester.

Raskind joined the Navy and was ranked Lieutenant Commander before his discharge. While abroad in the 1960’s, Raskind’s longing to live life as a woman continued to grow, and he began taking female hormones and considered sexual reassignment surgery.

On his first attempt, he was unable to go through with the operation, and again repressed his true identity when he came back to the States and started a successful career as an eye surgeon.

In 1969, Raskind married a woman and the couple had a son, who would have a tumultuous relationship with his father throughout his teen years.

The marriage proved unsuccessful, and Raskind become more determined than ever to change what he referred to in his book as "a lifetime of freakish behavior, forever vacillating between masculinity and femininity."

Richards’s explained in an interview with the New York Times, “The pressure to change into a woman was so strong that if I had not been able to do it, I might have been a suicide.”

The following year, the 40-year-old Richards would make another landmark decision that this time would not only impact herself, but the rest of the transgender world.

Richards, who had maintained a high level of tennis play throughout her life, decided that she would compete in the US Open grand slam tournament.

After learning of her sexual reassignment surgery, the United States Tennis Association sited a then unprecedented women-born-women policy and forbid Richards to participate.

Richards, who was content with her private medical practice, would have been happy to return home without a win in the tournament and had no agenda to turn pro, but when she was told that she couldn’t participate, she decided to take a stance.

She ironically enlisted the legal counsel of closeted gay, homophobic, lawyer Roy Cohn who would help her win her battle and ultimately she was allowed to play.

Legendary tennis player Billie Jean King was also by her side and sent an affidavit to the court in support of Richards’s decision to play. King told the Advocate earlier this year, "After she won the lawsuit, the players were freaking out," says King. "I said, ‘You guys, she's a woman, so she's playing. Get over it'.”

Richards explained to Reuters that it was a tough decision to stand up for her rights, but it was one that she felt was necessary.

"I made the fateful decision to go and fight the legal battle to be able to play as a woman and stay in the public eye and become this symbol. I could have gone back to my office and just carried on with my life and the notoriety would have died down. I would have been able to resume the semblance of a normal life. I could have lived a more private life but I chose not to.”

During her professional tennis career, Richards made the doubles semi-finals three times at the Open and was ranked among the top 20 women in the world until her retirement in 1981. She then went on to coach openly gay tennis sensation Martina Navratilova for two years before returning to the practice of ophthalmology.

This year, at 72, Richards released her second book, entitled No Way Renee: The Second Half of My Notorious Life, which chronicles her adjustment to gender reassignment and details her struggle away from tennis. Although she has no regrets about her surgery, she does still wonder if maybe her decision to become so public hadn’t negatively affected her private life.

Her father never accepted Richards as a woman, and her son still refers to her as his father. While she has had meaningful and long lasting friendships, she has never found that storybook romance that she has always dreamed about.

Richards explained in her interview with Reuters, "You have to be a pretty strong character to have a relationship with someone who has been a man originally, and famous. I haven't had any romance in a number of years."

Richards doesn’t consider herself an advocate, and, in fact, questions a controversial decision made by the International Olympic Committee in 2004 that allowed transgender athletes to participate.

Realizing that her ideology undermined her own struggle, Richards says, “It’s a particularly stupid decision.” She explained that she had sued for the right to compete when she was 40 and wasn’t expecting to compete at the top level. “I wasn’t going to overwhelm Chris Evert and Tracy Austin, who were 20 years old.”

Even though she herself is not in support of the ruling, her courage has opened the doors for other athletes to follow. Competitors like Canadian mountain biker Michelle Dumaresq, golfer Mianne Bagger, and Indian runner Shanti Soundarajan, have all benefited by the IOC ruling and Renee’s unflinching bravery in the fight for equality.

In the forward of her book Richards says: “ I had undergone a male-to-female sex-change operation and then had the temerity to play in an amateur women's tennis tournament. To compound my audacity, I had not hung my head and apologized. I had gone to court, won my case, and played professional tennis as a woman. I took a stand on principle, but it exacted an emotional and financial price. But I have not written No Way Renee as a justification of my life; rather, it is a look at the second half of a life that I hope no longer needs justifying."

While her life needs no further justification it does remind us of the tribulations that athletes face just to be able to compete. Each athlete tells a story of struggle and acceptance, and in the gay community, each move made towards acceptance starts with one brave pioneer that is willing to take that first step. Renee Richards is an athlete who defied all the odds and through her courage was able to change the world. 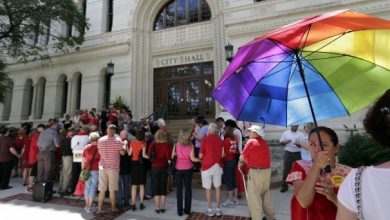