Detective Lieutenant Laurel Hester spent 25 years defending the citizens of Ocean County, New Jersey. In October 2004, doctors diagnosed Lt. Hester with terminal lung cancer.  Hester’s fight for her life soon became an internationally witnessed battle as she tried to pass her hard earned pension to her domestic partner, Stacie Andree.  Without Hester’s pension, Andree, an auto mechanic, would not be able to afford to keep their home.  Had they been a heterosexual married couple, there would have been no issue in passing on the pension.

With less than six months to live, Hester refused to back down when her elected officials – the Ocean County Freeholders – denied her request to leave her pension to Andree.  As her battle with the Freeholders intensified and the community became embroiled in the fight, Hester raced against time to provide for the love of her life.  Alternating from packed public demonstrations to quiet, tender moments of Hester and Andree at home, FREEHELD tells the public story of their fight as well as an intimate love story as the couple faces the reality of losing one another.

“I hope this film will inspire someone,” Hester explained in December 2005, six weeks before she passed away. “I hope it gives them courage if they're dealing with discrimination, as I have … I hope if they have a terminal disease they somehow get hope from listening to my story.”

Just nine months after Hester’s death, the New Jersey Supreme Court ruled that same-sex couples must be granted the same rights as married heterosexual couples.  On February 19, 2007, New Jersey became the third state to offer civil unions to gays and lesbians.  Upon signing the Civil Unions Bill, Governor Corzine sited Hester’s struggle as one of the reasons why this legislation was necessary.

Earlier this month, Ocean County Freeholder John P. Kelly – who was quoted as saying that giving Lt. Hester’s pension benefits to her partner would “violate the sanctity of marriage” – announced his candidacy for New Jersey’s 3rd District congressional seat.  Freeholder Kelly told the press on January 16, 2008 that he had nothing to say about Laurel Hester and had not seen the film.

Award-winning director Cynthia Wade is known for making unflinching films about controversial social issues, usually told through the eyes of a strong female character.  During Hester’s last dying days, Wade was granted unrestricted access to the couple, imbuing the film with an intimacy unavailable to the mainstream media.

This was a film that Wade had not expected to make, but as soon as she met Hester, she knew she had to make the film.  Wade temporarily left her two children and husband in New York City to live, part-time, with Lieutenant Hester and her partner Stacie Andree in New Jersey.  “Now my older daughter is in second grade, and she will tell you that all couples, gay or straight, should be granted the same rights,” Wade says.  “This became a family project – with one family showing support for another.”

Wade graduated from Smith College, the largest all-women’s college in the nation.  She holds a masters degree in documentary film production from Stanford University.  She runs a film production company in New York City, teaches film production and directs documentary and commercial films.  Her websites can be seen at www.cynthiawade.com , www.freeheld.com , and www.shelterdogs.org . 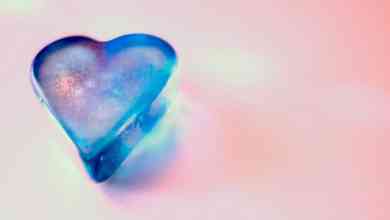