It happened Jan. 28 in the House Speaker's lobby after Bush's State of the Union address, according to the Boston Globe.

Before the address, Bush walked up to Frank, who was chatting on his cell phone, and told Frank to say hello to whomever he was talking to.

Frank relayed the message to his boyfriend on the other end of the line.

After Bush's address, Frank decided to tell Bush to whom he had said hello.

Frank tracked down Bush and said, “Mr. President, by the way, the person I was talking to when you said to say hello was my boyfriend.”

Frank told the Globe that Bush responded, “Well, I hope you said how open-minded I am.”

Bush is a strong supporter of amending the Constitution to ban same-sex marriage and of the military's anti-gay Don't Ask, Don't Tell policy – even as he is friendly with Mary Cheney, the openly lesbian daughter of Vice President Dick Cheney.

Mary and her longtime partner, Heather Poe, had a baby together last year, about which Bush commented: “I've always said that we ought to review law to make sure that people are treated fairly. On Mary Cheney, it's a personal matter for the vice president and his family. I strongly support their privacy on the issue, although there's nothing private when you happen to be the president or the vice president, I recognize that. I know Mary. And I like her, and I know she's going to be a fine, loving mother.” 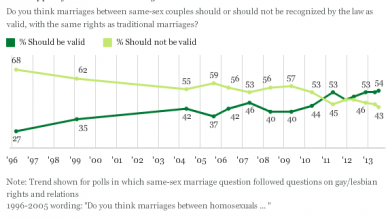