Roman Feeser, a playwright living in New York City , is the author of Missa Solemnis or The Play About Henry. Four years in the making, Missa Solemnis is based on the story of Stuart Matis, a gay Mormon young man who committed suicide on the steps of his stake center in Los Altos, California, in 2000. 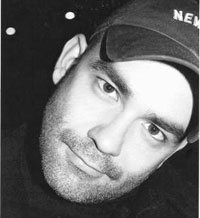 In the following interview, I ask Roman about his life and his new play.

Hugo Salinas: Do you have a Mormon background? What’s your connection with Mormonism?

Roman Freeser: No. I didn't even know what Mormonism was before I started this journey. I was researching gay suicide for my first play The Closet Contender and I accidentally stumbled across the Affirmation Web site. I asked my writing partner Brett here in New York City if he knew about Mormons and he said, “I'm Mormon!” and I thought this was fate.

HS: How did you pick the topic for your play?

RF: I read the Newsweek article written by Mark Miller about Stuart and the last sentence said, “The people who had prepared his body for burial were struck by the site of his knees, calloused from praying for an answer that never came.” And I thought, “Who prays that hard today?” From that point on I heard his voice — Henry Stuart Matis wanted his voice to be heard.

RF: Out of respect. I didn't know him personally, only in spirit. People close to Henry called him Stuart. Stuart was a man who couldn't come terms with his trial. If you read some of his writings you'll find he was an extremely intelligent man. Henry, had he lived, would have been the man to live comfortably in his skin.

HS: Three of the characters in your play (Marilyn Matis, Fred Matis, and Robert Rees) are based on real people, and you quote from their writings. Did you try to contact any of them for this project?

RF: I did. I was able to track down Robert Rees and interview him. The Matis family was impossible to get near. As I understand, the media really did a number on them and they're not so willing to talk. I don't blame them. They lost a son. Some people I met along the way volunteered to get in touch with them for me including Ryan Shattuck, Henry's cousin. But I was unsuccessful. I wanted to really give everyone a chance to give their side of the story. I wanted to put up the most honest story I could. Luckily both Fred and Marilyn wrote an essay in the book In Quiet Desperation: Understanding the Challenge of Same-Gender Attraction, telling their side. It helped.

HS: How did you research your topic?

RF: One of my dear friends Justin has been a huge help. He grew up in Salt Lake and has been recently excommunicated himself. As I began to research Mormonism, I decided to take a sabbatical and make Salt Lake my second home. I wanted to live with Mormons, break bread with them. I wanted to know EVERYTHING I could. I interviewed David Pruden of Evergreen and with much convincing, he allowed me to attend an Evergreen Conference. I took classes and asked many questions. I spent time with the New York City Chapter of Affirmation and interviewed them. I spoke with closeted gay Mormons who are living in fear and out and proud Mormons who have learned to balance. The process was so cathartic I decided to write a book called Latter Gay Saints – The Mormon Church and God's Second Class Saints, detailing my experience in this journey along with the stories of others. I'm finishing it now.

HS: I liked the scene in which Henry, in his garments, teaches his lover the Mormon mechanics of praying. How was the process of writing that scene?

RF: I'm a former Catholic. There were no steps to praying. You knelt, you closed your eyes and you said your prayers. The Mormon religion is very structured and regimented. When I discovered that praying was too, I felt it needed to be addressed. That scene was a reflection from my own life. I dated a Mormon and we went through the same thing.

HS: In Affirmation, we advise gay or questioning youth to talk with someone they trust about their feelings. Stuart Matis talked with a number of people about his feelings and his frustrations (parents, relatives, compassionate priesthood leaders) and he even made gay friends — yet none of these things saved him. Why do you think he killed himself?

RF: The catalyst has never revealed itself. The reasons why are one of the biggest pieces missing from this puzzle. I was not privy to the information that caused Henry to go through with his suicide. This is the only part of this play where I had to take artistic liberty. From Henry's writing, he seems extremely rational. I have never read anything written by him where he feels sorry for himself. His attitude was more, “This is who I am! And these are the circumstances!” I seriously believe he made a conscious decision in doing this — to make a point. He wanted to be an example. It is not typical suicidal behavior.

HS: Did you have a chance to see the staging of Carol Lynn Pearson’s Facing East? If so, what did you think of her play? How would you say it compares to yours?

RF: Yes. I did see it when it came through NYC. When her show opened in Salt Lake I began getting emails from people saying, “Your show's opening, congratulations!” and I'd reply, “No, it's not mine, but go see it!” Anything to get the message out to people about the epidemic that is happening among gay and lesbian Mormons. Her show was pretty incredible. It captured the raw emotion of people when all is said and done. It challenges regret. Missa Solemnis is sort of a prequel to Facing East. Missa deals with the true nature of the struggle from the source. We get to see the gay Mormon go through the motions. We can stand up and say “Wait, isn't anyone going to do anything about this?” before it's too late. Sadly, for many, it is.

HS: Are you planning to take Missa Solemnis to Salt Lake or other cities?

RF: My director, Linda S. Nelson, is a non-Mormon from Salt Lake and she is pretty dedicated to getting the show there. I am totally open to the idea of playing Salt Lake because Mormon families that are dealing with a son or daughter, a sister or brother that are gay might see this and a light might go on. That's what it's all about, isn’t it? Getting closer to the Light?

HS: In your previous play, The Closet Contender, the protagonists is also gay, and he also kills himself at the end of the play. Are you going to write some day about a gay hero who finds ways to cope with life’s challenges and survive?

RF: I'm sure I will. But I look at Henry Stuart Matis as a survivor. He has survived in our thoughts and in his legacy. He didn't want change — he demanded it. We wouldn't be here talking right now if he wasn't.

Queer-inclusive soap opera to be filmed in Utah 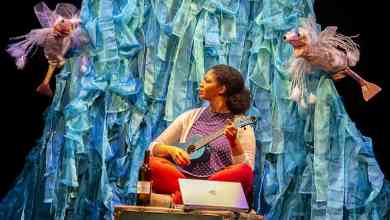