San Diego, Calif. – Swiss AIDS officials have determined that it is next to impossible for people to transmit HIV during unprotected sex (called barebacking) if a number of factors are present: those taking anti-HIV drugs always take the drugs on schedule, their HIV blood tests come back “undetectable” for six months in a row and they don't have any other sexually transmitted diseases.

The Swiss Federal Commission on HIV/AIDS issued its stunning report Jan. 30, concluding that people with HIV who have no detectable viral load as a result of anti-retroviral treatment apparently are unable to transmit the virus.

The report said an individual becomes noninfectious if he or she has had an undetectable viral load for six months, doesn't skip any doses of HIV medication and has no other STDs.

The commission arrived at its position following an extensive review of scientific literature, after prolonged discussions, and upon recommendation of its Subcomission on Clinical and Therapeutic Aspects.

In an English summary of its report, the agency said: “During effective ART [anti-retroviral therapy], free virus is absent from blood and genital secretions. Epidemiologic and biologic data indicate that during such treatment, there is no relevant risk of transmission. Residual risk cannot be scientifically excluded, but is, in the judgment of the commission, negligibly small.

“The commission realizes that medical and biologic data available today do not permit proof that HIV infection during effective ART is impossible, because the non-occurrence of an improbable event cannot be proven. If no transmission events were observed among 100 couples followed for two years, for instance, there might still be some such events if 10,000 couples are followed for 10 years.

“The situation is analogous to 1986, when the statement ‘HIV cannot be transmitted by kissing’ was publicized,” the commission said. “This statement cannot be proven, but after 20 years’ experience its accuracy appears highly plausible.

“Concerning the statement, ‘An HIV-infected person on anti-retroviral therapy with completely suppressed viremia … cannot propagate HIV through sexual contact,’ however, the evidence is much better than what was available in 1986 regarding kissing.”

New Bolivian Constitution Not All Good for Gays 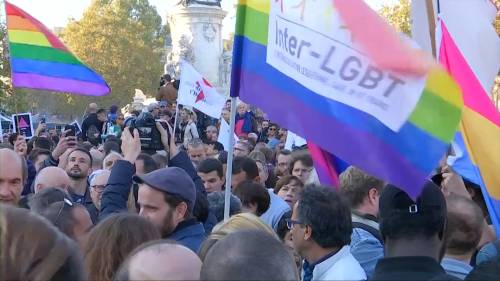