After an hour and a half of testimony touching on gay rights and the rights of municipal governments, the Senate Health and Human Services Committee unanimously approved a bill that would put an end to Salt Lake City Mayor Ralph Becker’s proposed domestic partnership registry on Feb. 11.

Becker made creating a registry for domestic partners part of his 2007 mayoral campaign. His registry, which the Salt Lake City Council unanimously approved Feb. 5, would create a catalogue for unmarried partners – gay and straight – to prove shared living and financial obligations. Although participation in the registry comes with only a few benefits – such as being able to buy a family pass to the city’s public amenities – Becker has repeatedly said that its main purpose is to provide proof of an interdependent relationship to private employers who want to offer domestic partner benefits.

But Sen. Chris Buttars, R-West Jordan, the sponsor of SB 267 Local Government Authority Amendments, said that the mayor’s ordinance has a more sinister purpose. He called the registry unnecessary and a deliberate attempt to get around Utah marriage law.

SB 267 would prevent county and municipal governments from “creating or establishing a registry or any other means to define, identify, or recognize a domestic partnership, civil union, or other domestic relationship other than marriage for any purpose.”

To allay fears that SB 267 could be used to eliminate the capital city’s adult designee benefits program, Buttars accepted an amendment exempting such programs – provided they were open to all adult dependants.

The City Council approved the adult designee program for city employees in 2005. It was initially conceived by former Salt Lake City Mayor Rocky Anderson as a program to let unmarried city employees designate a partner to receive insurance benefits. The council, however, later widened the program’s scope.

“We never challenged [that program] because it didn’t favor any group or class for special recognition,” Buttars said.

Despite Buttars’ assurances, Salt Lake City attorney Ed Rutan said that SB 267 was worded “ambiguously” enough to do away with the adult designee program as well as the domestic partner registry. He cited a line in the amendment that stated that designee programs were legal as long as they did not “define or establish a separate and distinct category of citizens or domestic relationships other than marriage and recognized family associations involving blood relatives.”

“That clause can be read to exclude certain employees from the program,” he said.

During the question period, fellow committee member Sen. Scott McCoy, D-Salt Lake City, ask Buttars and former state representative LaVar Christensen, who testified with Buttars, several pointed questions about the bill, including whether or not the registry’s limited benefits – such as granting a same-sex couple a family pass at the Gallivan Center ice skating rink – constituted the rights and benefits of marriage under state law.

“All I ask is that we hold ourselves to the actual language in the law,” said McCoy, an openly gay lawmaker. “The legislature drew the line at the substantial equivalent of marriage and nothing in my mind [about the registry] is substantially equivalent to the thousands of benefits that are available to marriage.”

McCoy, who was presenting a bill to the Senate Buisness and Labor Committee when the committee voted, later called SB 267 “unnecessary and misguided.”

“The registry is not inconsistent with state law. It is a solution in search of a problem,” he said.

Becker agreed, testifying that the registry did not violate state marriage law and that Salt Lake City voters – who elected him knowing that he would create the registry – wanted it.

“If the legislature overrides Salt Lake city that would be a big mistake,” he said. “Salt Lake City has a population that wants this. We’re only trying to do what’s best for our city and citizens.”

Riverton Mayor Bill Applegarth, however, testified that allowing Salt Lake City to have a domestic partner registry could have “unforeseen consequences” for other cities, including his own.

“Cities in Salt Lake County and the Wasatch Front look toward the capitol city on ordinances, and they filter down to our city councils and become a pattern,” he said. “If you kill this bill now, in essence you have said to other cities that we approve of the domestic partner registry.”

Applegarth urged the committee to pass the bill so the “wise minds of the senate” could rule on its legality.

“I elect my senator to represent me and to uphold the rule of law, and to make those decisions that are best for the state of Utah,” he said.

Several people testified to speak for and against the bill. Those in favor included City Council Chair Jill Remington Love and Kristy Gleave, chair of the mayor’s human rights commission. Those against included Eagle Forum president Gayle Ruzicka and attorney Frank Mylar, who represented several Salt Lake City residents in a suit against the city over Anderson’s benefit plan. The suit was dropped when the City Council voted to extend the benefits to all adult designees.

Local gay rights group Equality Utah has said that it will continue opposing the bill.

The SB 267 will now go to the Senate for voting. 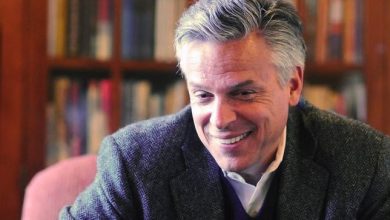