One of the most beautiful songs ever written is “In My Life” by the Beatles. I think all Gay people of my generation can especially relate to the sentiments in the verse ?Some are dead and some are living… In my life I’ve loved them all,? in regards to our own friends and lovers. When I look around our community and remember those who are missing from it, my mind often recalls this haunting tune and it buoys me up somehow. 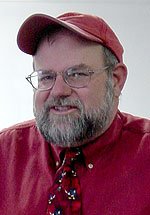 I don?t know if anyone has noticed, but I haven?t written for the Q in nearly five months. It wasn?t anything Michael or Ruby said, just so you know. I just needed some time to pause and reflect on my own life. Often we get so caught up in the deadlines of our lives that we don?t take care of ourselves until something kind of snaps. Last fall I didn?t quite snap but I became incredibly sad, crying for no apparent reason, not realizing that my soul was grieving because my body and mind kept racing on at a steady clip.


Last year two people, who were as diametrically opposed as two people could be, passed away by their own hands. They were, however, similar in that they were incredibly opinionated people who knew how to roll up their sleeves and go to work. They both, in their own ways, implemented in our community their visions of making the world more just and more fabulous. And both of them were friends of mine.

One of the most gifted and noble women I had the honor of knowing was Kathy Worthington. Those who knew her and who are reading this are nodding their heads in agreement. Very few altruistic people exist on this planet, but Kathy was one of them. She was a quiet giant, rarely calling attention to herself and when the limelight was focused on her she was genuinely embarrassed. There is a whole generation of women in this community who knew her and loved her through the Womyn?s Community News and the First Thursdays Women?s Group. She loved people and hated injustice, and if she ever thought them, I never heard her say an unkind word about anyone in our community. But of all those she loved, she loved Sara Hamlin the most and the pain of losing her never diminished until the day she chose to rejoin her. When Michael Aaron called me from the UAF Oscar Night to tell of her passing it felt like a mighty redwood had fallen never to be replaced in my lifetime.

Then there was Chad Keller. Chad was one of the most vocal passionate human beings I?ve ever had the good fortune of knowing. He had every human passion magnified to the nth degree. He was vicious. He was vivacious. He was opinionated and he was compassionate. He lived life on his own terms in a “devil may care” buoyancy that seemed almost unfathomable. If you knew Chad Keller (and anyone in active leadership knew Chad) he was either a genius or the bane of your existence. And someone once called him the ?most creative alcoholic? in the community. Whether you loved him or hated him, Chad was a force to be reckoned with and he was no ?barstool? critic as someone also disparagingly called him. He was a gladiator not a spectator and when his health failed to the point that life held no more pleasures, he went away. Another redwood giant gone.


However what finally shut me down was learning of the death of my first true love, John Cunningham. No, he was not a Gay activist, and I doubt if he ever strove to make the world a better place, but in 1969 (my senior year in high school) I fell in love with him in a time when boys were not allowed to fall in love with other boys. So instead I became his best friend, attending graduation together, getting him to go to college with me, writing term papers for him to keep his draft deferment up, all the while never even holding his hand or telling another soul my dark secret, my shame. Then in the summer of 1970, no longer able to contain the ache of the fa?ade of simple friendship, I told John I loved him. It was the most awful indignity I could have placed on him? a queer coming on to him. Stunned, he told me he didn?t love me and in time he joined the army to avoid being drafted. I never saw John again. I was lost and soul-weary without John so I joined the Mormon church to cure me, made my way to Utah, and even married a woman as advised. But in my heart I knew that John would always be my first love and my last.


I also knew that no one would ever tell me when John passed away. So morbidly, I suppose, I would check the social security death indexes, once or twice a year, like a casualty list, and last September my worst fears were confirmed. John was dead at the age of 56. Unlike Kathy or Chad I will never know how he died. California death records are sealed only to next of kin and domestic partners. I am neither. I am just the man who loved him and will my entire life.


“Though I know I’ll never lose affection for people and things that went before I know I’ll often stop and think about them, in my life I love you more.” 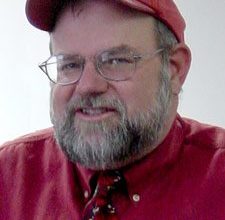