I was confused when I met my first angry gay man.

I wanted to shout in his face, “Don't you know that gay means happy?” But I’m polite so I didn't say anything. This was wise, because I later learned that he's closeted. Wait … is there a term for overly flamboyant and closeted? If so, this man was that term. A mutual friend told me, “He really believes his religion, so he thinks he's going to hell.”

Recently, I was at a party with five gay guys. I asked them, “Hey, I'm writing an article on angry gay men. Does anyone know any angry gay men?”

Everyone raised their hands, so I called on one man. “Me!” he said, to my surprise.

I didn't understand. The guy who raised his hand is probably the kindest, most loving, genuinely nice person I've ever met. You know, the kind who would give you the shirt off his back – and not because he's the stereotypical gay man with a buff, waxed chest, either. “How can a guy like you be carrying around so much anger,” I asked. He explained how incredibly frustrating coming to terms with his sexual orientation had been. While he detailed his experience, everyone else chimed in with similar stories.

Most gay guys I've met have been the kind and loving type rather than the outwardly angry type. That's why I was so perplexed at first.

I later asked another closeted friend how someone could discover that he’s gay. He said, “If I could tell you were caring and sympathetic, I'd probably speak to you in a little more of a gentle, caring way, if that makes any sense.”

It made a lot of sense, and while listening to him, I finally understood the first angry gay man I’d met. Beneath the angry exterior was a loving, caring, kind person who I couldn't see because he was hiding. The angry gay man couldn't let love out, because he would out himself in doing so.

About a year ago, I saw one of my favorite plays in a local theater. Since I'm so familiar with this play, I was very interested to see how the actors interpreted each of the parts.

The performance I saw was great, but the male lead played his part way too angrily. I went home that night, googled the actor and discovered that he's gay. Maybe when gay guys try to act like straight guys, they act angry like that actor did.

Which led me to my next conclusion – maybe every angry white Mormon male in Utah County is gay (note: this hypothesis probably goes for many angry men in Salt Lake City, too).

I take a lot of pride in being Q Salt Lake's Utah County sex correspondent. There are a lot of suppressed sexual desires on this side of the point of the mountain, which gives me a lot of inspiration for this column. Such as, “What does a Mormon man in Utah, especially Utah County, have to be angry about?” I came up with the following answers:

• He only makes 40 percent more than his female coworkers.
• His wife made chicken casserole rather than beef casserole, his favorite.
• Mitt Romney dropped out of the presidential election.
• His team only placed second in stake ball this year.
• The server at the restaurant made a rude comment after he only left a couple of quarters for the tip.
• He only got 80 percent home teaching this month.
• His wife's on meth.

Okay, I’m serious about the last one, but you get my point. There's really not very much that justifiably angers a typically privileged white Mormon male in Utah. The only other thing I can think of is that his sexual orientation is frowned upon if it's not a straight orientation. Ergo, if you're an angry white Mormon man in Utah – and your wife's not on crystal meth – you're probably a closeted gay man.

Why am I picking the Mormons? I know a couple non-Mormon angry straight guys who couldn't play with their friends as youngsters because of religious differences, but I've never met any white angry Mormons who aren't gay.

If you're a good person, and people in your church are telling you you're going to hell, I can see why you'd be angry.

If you're a good person, and your family and friends will only accept you if you never date someone you can love, I can see why you'd be angry. 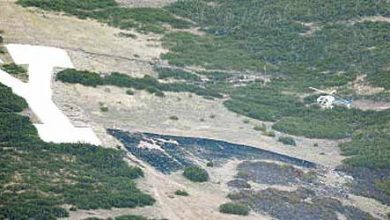