The House Rules Committee is still holding onto a bill that would grant gay couples the right to adopt children. And with the 2008 General Session coming to a close, it is unlikely that the bill will be heard, or even assigned to a committee.

The last day for standing committees to hold their hearings is this Wednesday, Feb. 27.

The House Rules Committee, which assigns bills to standing committees for public hearing, has been holding onto HB 318 Utah Adoption Amendments since January, despite the attempts of gay rights activists and families. The bill would rewrite a 2000 change to Utah adoption law that prevents unmarried (cohabitating) couples from adopting children. Currently, gays and lesbians may only adopt if they are single.

“It’s not going very well,” Will Carlson, Manager of Public Policy for local gay rights group Equality Utah, agreed. “Rep. Mark Walker has been very open about being the lead in keeping this bill from getting a hearing.”

Walker, R-Sandy, a Rules Committee member and hopeful for the office of State Treasurer, has been vocal not only about his opposition to the bill but about his efforts to keep it from leaving the committee.

“It really just comes down to my belief that gay couples shouldn't be able to adopt children,” Walker said.

Walker’s opposition aside, some gay and lesbian parents say the Representative promised to let the bill have a fair hearing – a promise he later took back.

“We talked to Walker about how a lot of children are on state Medicaid because in a lot of cases the working parent cannot insure her children,” said Ruth Hackford-Peer, who said she and her partner Kim took their two children to the capitol to lobby for the bill.

“We urged him to think about fiscal responsibility as we've heard he wants to be treasurer next year. Walker said that while he probably would not vote for the bill in committee, he would allow it to get out of rules and wouldn't block the bill from going to committee. Which is frustrating because he's the one blocking it.”

A week and a half later, Kim Hackford-Peer she reminded Walker of his promise when she overheard him telling other HB 318 supporters that he had “philosophical differences with the bill and would not let it out of Rules.”

“At that point I was there with my toddler and reminded him of the commitment he made to the little guy. He said something to the effect of lets not talk about the past and was defensive and dismissive.”

Both women said their dealings with the representative left them “bitter and angry.”

Carlson has said that Equality Utah will take up the bill again in next year’s session.

Chavez-Houck has also said that she will run her legislation again. 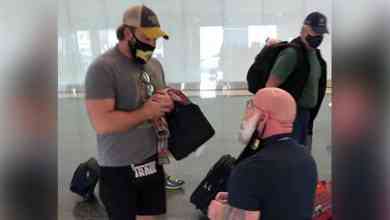