The Utah State Senate voted Monday, Feb. 25 to allow Sen. Greg Bell, R-Fruit Heights, to file a late bill aimed at Salt Lake City?s Domestic Partnership Registry. The 2008 legislative session is drawing to a close and many deadlines are looming.

Bell moved for the senate to authorize legislative staff to ?draft a bill that would legislate the criteria for political subdivisions of the State of Utah to enact ordinances to legally recognize unmarried persons as financial co-dependents.?

Sen Chris Buttars? bill, SB267, was sent back to the Senate Rules Committee as is unlikely to be reconsidered. Some legislators feared that the bill was too far-reaching and had likely unintended consequences. While the bill appeared to have support in the senate, House leaders warned that it may not fly through their chamber, especially under the sponsorship of the embattled Buttars.

?As I understand it, it will be more narrow in scope,? Salt Lake City lobbyist Ben McAdams told The Salt Lake Tribune.

In a Tribune article Feb. 27, even Gov. Jon Huntsman has questioned the need for such a bill.

?I?m not sure that the state has a place overreaching or micromanaging what is done at the local government level,? Huntsman said when asked about a potential registry ban.

Huntsman believes that the Salt Lake City registry is within state law, and such ordinances should be left up to city officials ?to do what they want to do.?
Asked whether he would veto such a bill, Huntsman replied, ?I just don?t think it will make it that far.?

The legislature?s final day of the session will be May 5. During the final week of the session, both houses are generally swamped with important budgetary items, leaving so-called ?message bills? little time for debate. It is not unusual, however, for both houses to lift rules and slide such bills through in the waning hours of the session.

Bell is considered a moderate on gay and lesbian issues, even sponsoring a bill in 2005, SB89 ?Mutual Dependence Benefits Contract,? which would have created a state-sponsored contract between people unable to marry, allowing them to make medical decisions for one another among other benefits.

Eagle Forum President Gayle Ruzicka called the bill ?an apology for Amendment 3? and vowed to ?kill it in the House.? The Senate passed the bill, but it indeed died in the House.

Bell has told the media that he is not seeking to block benefits, as long as they are not exclusive to gay and lesbian couples.

?We want to preserve the rights of a city or county to provide for employer-related domestic benefits to be shared on a neutral criteria,? Bell told the Deseret Morning News.

But 78 percent of those utilizing Salt Lake City?s adult designee ordinance, which uses similar wording, are not same-sex couples, according to the city.
House Majority Leader David Clark, R-Santa Clara wonders aloud whether the House will be interested in Bell?s bill.

?Irregardless (sic) of Sen. Buttars and Sen. Bell, is there an underlying appetite to change the policy?? he asked. 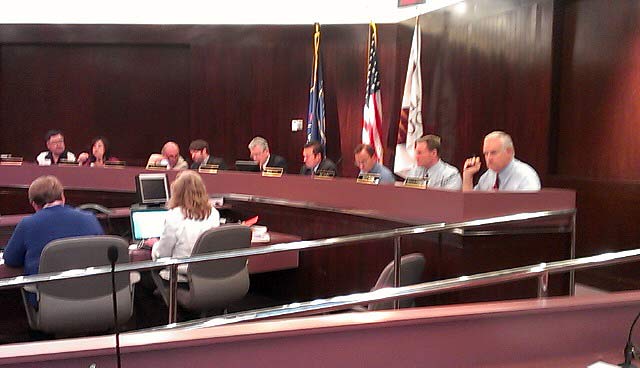