A Utah Senate committee has passed a bill be Sen. Greg, R-Fruit Heights, aimed at Salt Lake City’s Domestic Partnership Registry which passed in January. In a vote along party lines, Republicans in the Senate Retirement and Independent Entities Committee passed SB299 to the Senate floor for action.

Bell was given permission for the late bill on the Senate floor Monday to draft a replacement bill for embattled Sen. Chris Buttars’ bill that would completely kill the registry. Bell’s replacement bill, while considered kinder and gentler, but still raises questions on what is left with the registry.

“Just from a starting point, I think the bill is stupid and unnecessary, but if the Legislature is going to pass a bill, this bill, maybe with hospital visitation added if that’s where we end up, that’s much better than where Buttars started,” Sen. Scott McCoy told the Salt Lake Tribune.

All Senate Republicans are listed as sponsors of the bill.

“We wanted to present a united front,” Bell said.

Attorneys for Salt Lake City balked at the first version of the bill, released Wednesday morning, saying it would gut both the registry and the adult designee benefits being offered to city employees. Bell met with city representatives into the wee hours of the night and drafted a substitute bill, which the Senate committee met on this morning.

“We are trying to draft public policy in a way that accommodates the needs of many people,” Bell said as he introduced the bill. He said that he expects that the anti-gay marriage Amendment 3 to Utah’s constitution and Utah’s Defense of Marriage Act to be litigated in the next few years.

“And in that suit, we will be asked if we were vigilant in defending Amendment 3,” he explained. “This is so important, and we’ve seen so much of a slippery slope in other parts of the world. And I felt it very important to underline this legislature’s commitment to the privacy of marriage.”
“I don’t want to do violence to a city’s and employer’s legitimate needs to facilitate employee benefits amongst their employees. There are legal relationships among alternative lifestyle couples. Those need to have legal effect in terms of insurance, health insurance and being a beneficiary of various employer’s benefits,” Bell continued. “The purpose of the bill is not mean-spirited. It is intended to accommodate the needs of those who do not fit within the traditional marriage category, while preserving the bases of Amendment 3 and the Defense of Marriage Act.”
Will Carlson, Manager of Public Policy of Equality Utah, addressed the committee.
“We appreciate Sen. Bell’s efforts to be deliberative and collaborative in the creation of this bill, but we oppose it for a few reasons. First, is the large distinction between domestic partnerships and marriage,” Carlson explained. “The reason domestic partnerships were created in the early 1980s was to send two messages: one – this is not a marriage, and two – this is a family.”
Carlson said that the Salt Lake City registry “does not attach any federal or state benefits to marriage. It allows for visitation, it allows for family discounts at city facilities and it provides a certificate as evidence of a relationship. It is a large leap from that to the 1000-plus federal and hundreds of state benefits to marriage.”
Carlson read a part of the National Republican platform that states the belief of Republicans that local entities should be left to govern themselves and that the federal and state governments should refrain from ruling downward.
He also brought the discussion to a personal note for the four Republicans on the committee.
“I’d like to mention the real people affected [by the bill.] There’s been a lot of talk about protecting marriage and camels with their nose in the tent. But these camels are me, Sen Buttars, and I grew up in your ward. Or the gay couple, Sen. Bramble, who live down the street from you,” he said. “Or Sen. Peterson, we discussed how certain individuals who some out in your community have been ostracized by members of the community.”
“People don’t deserve labels,” Carlson ended, “but this bill deserves two: divisive and a distraction from the real duties of the legislature.”
Salt Lake City Mayor Ralph Becker told the committee “the original form of this bill would have emasculated the benefits now provided by Salt Lake City to its employees and would have grossly undermined my and Salt Lake City’s efforts to provide benefits to our employees and to facilitate the provision of benefits to the businesses and residents of Salt Lake City.”
Becker broached the subject of the bill prohibiting the use of the term “domestic partnership.”
“Why is that of such interest to the sponsors of this bill? In our open discussions it is because cosponsors of this legislation are afraid that if we use the term ‘domestic partners,’ we are inferring the rights of marriage on a domestic partnership. We have offered state in our legislation … that a domestic partnership is not marriage under Utah law. That should clarify any confusion for those who might be nervous about the intent of Salt Lake City of whether a domestic partnership is a marriage right.” 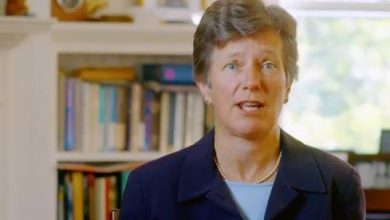