NAMPA, Idaho – The Nampa Public Library Board voted 3-2 on March 10 to put two controversial sex books in the library director’s office, thereby removing them from shelves but not from circulation.

The board made the compromise move to allow more time to look over the library’s policy on materials collection and the books’ place in that policy. Although they are no longer on the shelves, library patrons may still ask to check them out.

The board’s vote came after 90 minutes of public testimony for and against keeping The New Joy of Sex and The Joy of Gay Sex on the shelves.

The five-member board’s decision is the latest step in a three year battle to have the books permanently removed. In 2005, Nampa resident Randy Jackson asked the library to pull the volumes saying they were pornographic and children and teenagers could easily access them.

The books were initially moved to a higher shelf to make them harder for children to reach.

Jackson, a delivery driver and the director of Youth 4 Revolution, an anti-abortion group, said that he was “happy” about the decision.

“We feel this was a victory for the city of Nampa and the community. The books are off the shelves,” he told the Idaho Press-Tribune.

Others, however, said the board’s decision is little more than censorship.

Nampa resident Sally Moore, who has a gay son, said the books should stay because it is often difficult for gay people to find information about sex.

“Supervise your child,” said Moore who described herself as a “pretty conservative little old lady.” “Be with them when they’re in the library and make your own decision and allow me to make mine.”

“Absolutely not,” Dale said. “I think that’s an inappropriate question. I try to select based on recommendations made to me from citizens, and I don’t ask any screening questions like that whatsoever.”

Board Chairwoman Rosie Delgadillo Reilly, who voted to keep the two books, would not comment as to whether or not Dale had picked appointees who shared his views.

“I would hope that credentials were reviewed and the selection of candidates for the board was viewed in a larger sense,” she said. “Choosing someone with a particular agenda does not reflect the community.”

Delgadillo Reilly also said she did not know what the books’ ultimate fate would be.

The board’s next meeting is scheduled for April 14.

Nampa Public Library Board Chairwoman Rosie Delgadillo Reilly, who voted along with board member Barry Myers to keep the books on the shelves, said she was not sure what the next step in the controversy would be. 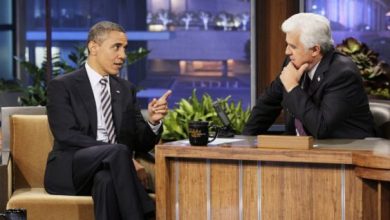