Candidates and incumbents for several local and federal government positions officially threw their hats into the ring on March 18.

The day after St. Patrick’s Day was the deadline to file a declaration for candidacy in this November’s election. And records indicate that several politicians with anti-gay records will be facing challengers for their seats.

Rep. Aaron Tilton, R-Springville, has filed to run again to retain his seat in House District 65. Tilton, who with Sen. Chris Buttars backed a bill opposing high school gay-straight alliances in the 2007 General Session, faces two challengers for his seat. They are fellow Republican Francis Gibson and Democrat Jay Petersen.

Former Rep. LaVar Christensen has also filed to contend for Republican incumbent Sylvia Anderson’s District 48 seat. Christensen, also a Republican, held the Sandy seat from 2002-2006. In 2006, Christensen unsuccessfully challenged Rep. Jim Matheson for his federal congressional seat. He was also the lead sponsor and author of Amendment 3, a controversial constitutional amendment defining marriage in Utah as the union between a man and a woman. State voters overwhelmingly approved the measure in 2004.

Christensen is joined in his bid for the District 48 seat by Leona B. Olds for the Constitution Party and former Rep. Trisha S. Beck, a Democrat who served in the legislature from 1997-2002, as well as Anderson herself.

Openly-lesbian politicians Rep. Jackie Biskupski and Rep. Christine Johnson, both Salt Lake City Democrats, have also filed. Openly gay Sen. Scott McCoy, D-Salt Lake City, won re-election in 2006 (after being appointed to finish out former Sen. Paula Julander’s term in 2005) and is not up for re-election this year.

An openly gay Utahn has also filed to run for state school board. Community activist Mark Swonson has announced his candidacy in District 7 along with five other hopefuls.

Swonson said he chose to run in order to provide “leadership and vision” to in Utah’s schools.

“Our children need to be given every opportunity to learn from any new educational program out there so they can compete and excel not only in our state, but within today's world – by becoming productive individuals by following their dreams from the education they receive,” he said. 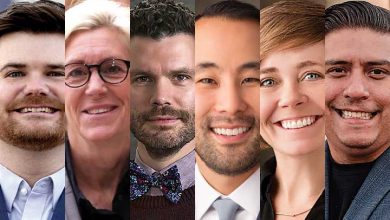