Amy Goodman is the host of Democracy Now!, a national, daily, independent, award-winning news program that airs nightly on KRCL. Amy is a populist journalist, reporting from the perspective of people silenced by the mainstream media. She has been an outspoken critic of the Bush Administration and a staunch defender of human rights around the globe. She and her brother David Goodman have co-authored the newly-released book Standing Up to the Madness: Ordinary Heroes in Extraordinary Times. The book chronicles everyday people – scientists, librarians, high school students and community organizers – who have courageously taken stands against the Bush Administration, the Patriot Act, war, racial injustice and other pressing problems. It’s an inspiring book that reminds every reader of what is right about the world: Ordinary people standing up for social justice even when it’s unpopular to do so. I spoke with Amy and David prior to their Salt Lake City visit.

Troy Williams: People often ask me, “How did Amy Goodman, become Amy Goodman?” So let’s go back in time a bit and talk about those forces that shaped both of you. Talk about the influences that that shaped your passion for social justice and peace-activism.

David Goodman: The path leads directly to our great parents. Activism was not something separate from family life. It was a very normal thing to debate issues around the table, on holidays at throughout the week. Our parents were both very active in the community and on national issues. Our dad was a co-founder for Physicians for Social Responsibility where we grew up in New York. Our mom was also always active in peace work. I never had a sense that becoming active, speaking up or thinking about these issues critically was anything that everybody wasn’t doing or shouldn’t be doing. In many ways, what we do today is just a continuation of those debates and disagreements. In the extended family there was a socialist uncle and a very conservative uncle – and we would see those two go at it. That was part of family life. And that debate and critical thinking was the real gifts that we took away from that household.

Amy Goodman: And there was a forum for the debate between the uncles, grandparents and grandchildren. And that was provided by the guy you are speaking to right now – David. He ran Dave’s Press. I think he was like eight or nine years old. It was in our house. You saw all the signs leading upstairs to his room. There was an old Xerox machine that he would labor over – the kind that you had to press down. He would engrave the image on another peace of paper. It was basically the extended family log. He also wrote editorials on the war – in that case it was Vietnam. The letters to the editor page was the page where everyone duked it out.

TW: Talk about interacting with your more conservative relatives. How were you able to bridge those ideological differences?

DG: You are assuming they were bridged! They were the fuel for many family gatherings.

AG: Also it’s what made it interesting. I think it was our common respect. We learned that sitting around the dinner table, we could duke it out peacefully in a civilized way and also love each other. That is the important thing. I really see the media as a huge kitchen table that we all sit around, whatever our views, and debate and discuss the most important issues of the day – like war and peace, life and death. Standing Up to the Madness is really that writ large. It is finding those people all over the country, of which there are so many more, who simply stood up in an adverse situation, and not even realizing what they were about to do, sometimes just falling into it. Like James Hansen, the NASA scientist who found himself being silenced by the Bush Administration. The top heads of the White House Council on Environmental Quality are coming right out of the oil industry, deciding what reports get out there. Scientists are now challenging the Administration’s clamp down on words like “global warming.” Now you have scientists all over the country who are saying no, when you have the future of the earth at stake we’re not going to take this anymore. It’s amazing and inspiring to see what these people did.

TW: Talk about The White Rose and their significance today.

DG: The White Rose was a resistance movement in Nazi Germany that consisted of students and a professor who was their faculty advisor. They Nazis were controlling the media and controlling all forms of dissent and public communication. The White Rose began mimeographing a series of leaflets that were smuggled around the country and distributed in major cities. They would simply type up what they saw actually going on – and what they thought Hitler and the Nazis were actually up to. And this was at the time when stories of concentration camps were just rumored because the media was controlled completely. One of their most famous leaflets ended with the words, “We will not be silent. We are your guilty conscience.” The leaders of the White Rose were caught. Sister Hans and Sophie Scholl. They were tried in a kangaroo court called The People’s Court and executed and beheaded the same day the sentence was handed down. They have gone in history to become some of the most admired and revered Germans. Many streets and plazas are named after them. We think this is a great way to start our book, and to reach back in history to draw on some of the lessons of the great acts of civil disobedience of modern times. The message and the need for it live on.

Beginning May 5th, Democracy Now will air at 7:00 p.m. following RadioActive on KRCL 90.9 FM. Stream the entire interview at queergnosis.com. 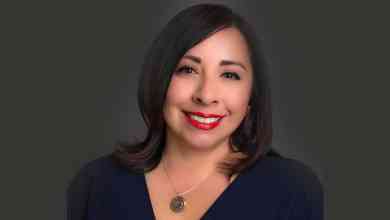 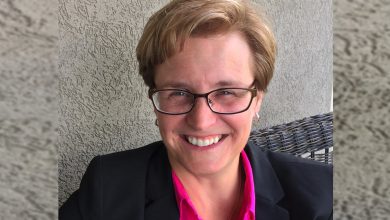