“Love me for who I am – not for who you think I should be. Stop the teaching that I have a problem that needs to be fixed. Stop using religion to excuse poor behavior.”

–    Former Mormon Steve Ellingson in an open letter (printed in the Salt Lake Tribune) to Church of Jesus Christ of Latter-day Saints President Thomas Monson, in response to Monson’s call for “disenfranchised” people to return to the church. Ellingson, who is gay, said church teachings against homosexuality drove him to “repeatedly flirt” with suicide.

“The last epidemic I heard of that could be attributed to some group was last summer's cryptosporidium outbreak – was it caused the gays? No. It was caused by the kinds of irresponsible parents who believe that the entire world has been created for the benefit of their children. (They're even talking about “swim diapers” now. How sick is that? I'd feel a hell of a lot safer in a gay swimming pool than one frequented by the American Fork PTA.)”

–    City Weekly copy editor and blogger Brandon Burt, criticizing the contention that gays spread disease. The charge came up during a March 31 meeting held by conservative LDS groups Standard of Liberty and Citizens for Families about the threat gays pose to school children. American Fork High School’s PTSA sponsored the meeting, which was moved to a nearby library after the school’s principal objected to its content.

–    Utah resident Ariana Losco, in an interview with gay publication The Advocate. Losco was fired from her job at Rocky Mountain Care in January after talking to a reporter about the anti-transgender discrimination she experienced on the job. She later testified before the state legislature in favor of an anti-discrimination law covering sexual orientation and gender identity.

“ I would never encourage a battered wife or a sexually abused child to seek reconciliation with their abusers. This is how abusive bonds are kept intact. The LDS Church must repent and in humility seek forgiveness from us. Until they take responsibility for their abusive actions, we should seek nothing from them.”

– Q columnist Troy Williams in a letter to the Salt Lake Tribune, criticizing the forthcoming meeting between Church of Jesus Christ of Latter-Day Saint officials and gay LDS group Affirmation. 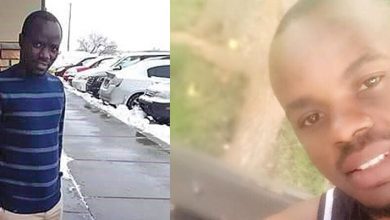