This summer, supporters of an Ogden drop-in center for gay and transgender teens and their allies will hold three geared at least in part to raising money for the center’s programs: a gallery art show, a concert and a drag performance.

According to the OUTreach Center’s founder and director Gary Horenkamp, the idea for the fundraisers – two of which will also benefit the Unitarian Universalist Church of Ogden where the program is currently housed – began a few months ago.

“Awhile back I did sermon at the church, and the reading and music were all about OUTreach,” said Horenkamp. “From that a lot of things spun off.”

The first thing, he said, was the art exhibit and sale which will be held June 20 and 21 at Universe City (2556 Washington Blvd, Ogden). After his sermon, Horenkamp said church members Karen Thurber and Bill Hacket, both supporters of OUTreach approached him.

“The two of them said, ‘We want to raise some money for the church and OUTreach, so why don’t we do a show and sale?’” Said Horenkamp. Thurber, a landscape and mixed media artist, will exhibit paintings inspired by her travels through Southern Utah, Europe and Central America. Church president Hacket, a wood, stone and metalworker, will exhibit his unique wooden bowls.

On June 20 three local musical acts will also play at the UUCO (705 23rd Street, Ogden) to benefit the church and OUTreach – Glade Sowards, The Stacey Board Band and The Melissa Warner Band. This concert, said Horenkamp, is the second in a regular benefit series at the church and also the second one to benefit OUTreach. The series began, he said, when a lesbian couple in the church rented the hall for a birthday party and decided to host a concert to benefit OUTreach as part of the festivities. The concert will begin at 6:30 p.m.
The last event, a drag show by the Imperial Rainbow Court of Northern Utah, will be held at the Brass Rail (27th & Wall St., Ogden) on July 12 at 9:00 p.m.
“In April we had a benefit breakfast for OUTreach and the emperor , empress and another court member came and wrote us a check on the spot and announced they’d make OUTreach one of their target charities for their reign,” said Horenkamp, adding that the Court has pledged to raise “at least 500 dollars” for the drop-in center in 2008.

“We’ve been around for three years now and we’d had conversations with the Court before, but this is the first real solidifying of our relationship with them,” said Horenkamp.

The benefits are particularly important, he added, because the start up grant money he received when OUTreach was a new venture is rapidly running out. He has now begun work to make the drop-in center a 501 ©(3) organization and hopes that the Center can stand on its own financially by this autumn.

When asked whether the teenagers who attend the center planned to participate in the benefits, Horenkamp said that some had expressed interest.

“Some of the kids may do and I never know if they will ‘til they do it,” he said. “Some pf the, do artwork and [write] poems and essays in their own right. They’ve been invited in back of sanctuary [on the evening of the concert] where the bands are selling their CDs to display and sell their work to partly benefit OUTreach.”

But he said that the benefits thrilled the teens nonetheless.

“Every time we get close to financial solvency the kids get more excited. Like the rest of us they worry will we still be around.” 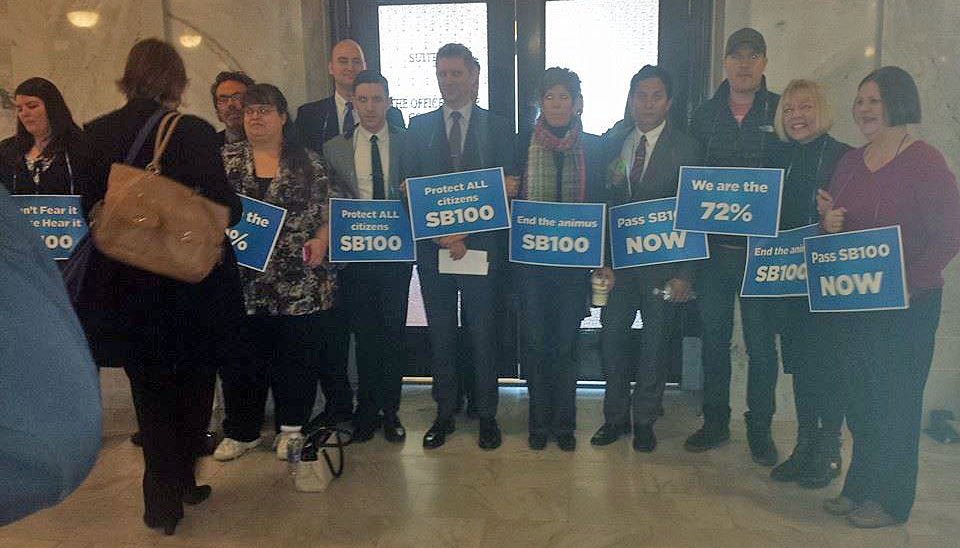