The floats in the Utah Pride Festival’s Sunday parade were as colorful, creative and festive as ever, but as in years past more than simply having fun at stake.

A panel of judges watched as the floats, marchers, drag queens and go-go boys passed by, announcing each group and taking careful notes. After the parade, they met to decide who should win the trophies for best float, best marching/walking unit and best entry overall.

And, of course, the coveted best bar float trophy, The Toast of Pride, which comes complete with a martini glass on top and will travel from bar to bar each year, much like the Stanley Cup. Unlike the other awards this "floating trophy" was offered for the first time this year, said parade director Logan Brueck, to encourage a little healthy competition among Salt Lake City's gay bars.

After the parade packed up on June 8, Master of Ceremonies Derek Hartley of Sirius OutQ Radio announced the winners. In the category of best float, bank Wells Fargo took first (and best overall entry), followed by the University of Utah’s LGBT Resource Center and local gay rights group Equality Utah.

Few who came near the parade on Sunday could miss the Wells Fargo entry. Described as a “human float” by Mark Chapman, spokesman for Wells Fargo Utah, it consisted of 150 bank employees wearing shirts in the six colors of the traditional pride flag and carrying tall bunches of balloons in the same color. Overall the float used between 1,100 and 1,500 balloons.

Chapman said the bank’s inspiration for the human float was the 2008 Utah Pride theme, “Come Together.”

“One of our visions and values [at Wells Fargo] is diversity and accepting people from all walks of life,” he added. “We support hundreds of events here in Utah every year and we are proud to support all our team members and the groups and organizations they belong to.”

The award for best marching group went to the Righteously Outrageous Twirling Corps who served as the parade’s color guard, with Utah for Obama’s ingenious eight foot tall Obama puppet and drag performers the Imperial Courts of Utah coming in second and third, respectively.

“That’ what we were shooting for, and we got it,” said Brueck, who served as parade director but not as a judge. He added, however, that the Obama puppet gave the color guard a good run for their money because of “the creativity and wow factor.”

“We always do something regarding beer – imagine that!” laughed Amy Coady, Director of Sales and Marketing for the beloved restaurant and brewery. She added that Squatters as thrilled to have won the trophy in its inaugural year.

“Some of the floats are just so amazingly unique and giant that we were really excited,” she said. “We had a blast, we had a real blast.” Then, laughing, she added: “We may just have to start going to the award ceremony after the parade, usually we rush back to Squatters to have brunch after.”

Gieber said the club’s float was created by regulars over a period of several months and assembled the Saturday before Pride. Although he wishes his bar could have taken home the trophy, Gieber said they were pleased to beat out “the big boys that had huge floats in there.”

Gay bars The Trapp and The Trapp Door shared third place in the bar category.

Brueck said he and the judges were impressed by this year’s entries and are looking forward to next year.

“But I’m going to try to give more heads up that it is being judged,” he added. “We went really above and beyond with getting trophies, so that people would take notice of that and maybe put more into making their floats. [We’d like] to make it a parade that people from other cities would come in and even try to compete.”

Boise Pride still a go this weekend after board ousts president over sex abuse, embezzlement charges 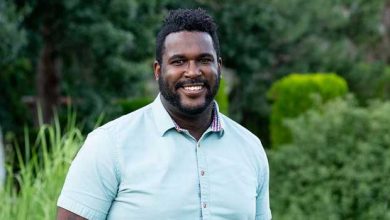 A bi dad in the House

Youth drag show to raise funds for victims of violence