When Church of Jesus Christ of Latter-day Saints member Dottie S. Dixon visited her mother and father in California last month, she thought she would have a pleasant trip in the sunny, summery state. But during Sunday services, the bishop read a letter from church president Thomas S. Monson that urged the California faithful to support a referendum to constitutionally define marriage as the union of one man and one woman – a move that, if successful, would overturn the state supreme court’s decision in favor of gay marriage.

As Dixon tells it, all “heck” then broke loose.

“’Criminetly!’ I yelled. I marched right up to the podium and I butted the bishop right off the mike. He toppled over, bless his aging heart, but there was no time for subtly. I was going to bear my testimony right then and there.”

And what did Dixon, a 10th generation Mormon and member of the Daughters of the Utah Pioneers tell the ward members? That the senior citizens listening to the letter should forget about sacrament meeting and start knocking on doors?

“I told them members that I sustain the brethren in all their righteous actions. But when it comes to denying other human beings their basic civil rights, I was drawin’ the line. How can we Mormons say marriage should be between one man and one woman when our church still seals multiple women to men in the temple, hmm? That’s just plain old hypocrisy!”

Dixon recounted the following story in her weekly radio show What Not, What Have You, And Such as That with Sister Dottie S. Dixon that airs every Friday at 3:00 p.m. and Saturday at 10:00 a.m. on KRCL 90.9 FM. As to why she commandeered a sacrament meeting, pushed over an elderly bishop (who was not injured, by the way), and has vowed to donate her tithing money (that is, the 10 percent of a salary Mormons donate to their church) to pro-gay marriage groups until Mormon elders “repent of their hard-heartedness,” Dixon simply says: “Sometimes you just have to take a stand for what’s right, kid.”

Standing up for what’s right is Dixon’s specialty. As a proud Mormon and the proud mother of a gay son, she says that it’s also her calling.

“I love … being a spokesperson for the down-trodden or oppressed, through PFLAG – meetings and gatherings, politics, parades, and of course my weekly radio show,” said Dixon in a phone interview just before she and husband Don headed east to re-enact the Mormon Trail in honor of the Days of ’47, the annual celebration of the Mormons’ arrival in Salt Lake City.

“I’ve been workin’ out and walkin’ every morning,” she laughs.

Dixon’s activism began shortly after her son Donnie, 35, came out to her and her husband. Although Dixon says the news surprised her, the thought of rejecting her son for being gay never crossed her mind. “Yes, he shocked us with the revelation that he was gay – but you know, it’s just the way the good Lord made him. Who am I to mess with perfection,” she asks.

Wanting to make life better for her son, Dixon joined and son became president of the Spanish Fork chapter of Parents, Families & Friends of Lesbians and Gays. She also began publicly challenging the Mormon Church, which teaches that gay sex is sinful, for what she sees as its mistreatment of its gay, lesbian, bisexual and transgender members. Her outspokenness quickly got her in trouble in the conservative community of Spanish Fork which she and her family call home.

“I originally had a program on KSTAR out of Provo, until I was bumped for the “Gayle Ruzicka Faith and Patriotism Hour.” The management said my commentaries weren’t appreciated by the Utah County listening audience. Can you believe that?” Dixon exclaims, her voice rising in anger even after all these years. But happily, KRCL did appreciate her commentaries, so much that QSaltLake columnist and KRCL employee Troy Williams asked Dixon to appear on his gay radio show “Now Queer This.”

“They wanted to be all divershul and such as that, and so they called for a Utah County Representation. Well being the past-president of the Greater Utah County PFLAG, I was automatically seen as the one to be on the show,” Dixon remembers. Her appearances were so popular, in fact, that when Williams cancelled “Now Queer This” last year, listeners demanded that their “Sister D” stay. In what she calls “one of his more enlightened decisions,” Williams agreed and gave Dixon her own show and a license to talk about whatever she pleases. Some weeks, for example, Dixon will recount the foibles of other ward members, or poke fun at traditional Mormon cuisine (you’d be surprised how funny funeral potatoes can be). Other times, Dixon speaks out against what she sees as people misusing their political or spiritual authority, including figures as diverse as anti-gay West Jordan Republican Sen. Chris Buttars and the Texas government, whose decision to take away the children of a Fundamentalist LDS polygamist group Dixon found cruel and unnecessary.

But while KRCL listeners and gay Utahns a plenty love listening to her, Dixon is the first to admit that her outspokenness has gained her some odd looks in church, and even some open hostility, especially from her “arch-nemesis” and fellow ward member Barbara B. Booth.

“She has done everything she can to thwart the things I’ve been about,” Dixon explains. “She has a lot of guilt and shame and fear and might I add ignorance. That just epitomizes Barbara B. Booth. She has a small following of people that do what she tells them to do in our ward and she doesn’t like Sister D.” But Dixon adds that she doesn’t let people like this get to her.

“It just revs me right up and the ornerier they get, the more I push back with all the good work and good will I can,” she says.

And it seems like Sister D.’s good will and good works have also made her a popular figure among Utah’s gay organizations. Along with serving as the Grand Marshal for the Kane County “Gays of ’47” pride parade, she will also speak at the Gay Men’s Health Summit in August. And then there’s a play about her life she and Troy Williams are currently developing with gay friendly theatre company Pygmalion Productions. The Passion of Sister Dottie S. Dickson will premiere at the Rose Wagner Performing Arts Center in April 2009 and feature Sister D. herself talking about her life, her work and, of course her recipes.

“It seems like the phone never stops a ringin’,” she laughs. “I guess I must be doin’ something right or people wouldn’t be asking me to make appearances.”

Read Sister Dottie’s blog posts and listen to her radio show at sisterdottie.com. 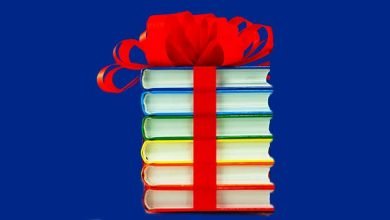 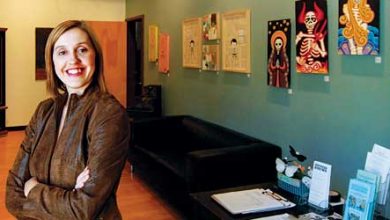