Each year the Sunstone Education Foundation holds its Salt Lake symposium in the Sheraton Salt Lake City Hotel. Dedicated to “free and frank exploration of gospel truths” for members and friends of the Church of Jesus Christ of Latter-day Saints, the symposium focuses on several hot-button – and often controversial – topics in the historical and contemporary LDS church, including the church’s portrayal in the media, its role in environmental sustainability and interfaith conversations and such thorny Mormon doctrines as deification and the specter of 19th Century Mormon polygamy.

Nearly every year, homosexuality appears on the program. This year, at least four panels and papers directly addressed such topics as California’s legalization of gay marriage, accepting gay family members and the spirituality of gay Mormons under thirty. In an unusual – if not serendipitous – piece of scheduling, nearly all of the panels were held back-to-back on Saturday, Aug 9.

Proclaiming the Family: Which Family?

In this paper presentation Dr. H. Parker Blount, professor emeritus, educational policy at Georgia State University, addressed the LDS Church’s First Presidency’s document “The Family: A Proclamation to the World” and the church’s repeated insistence that the family “is under attack.”

In Blount’s view, the proclamation’s attempt to safeguard and strengthen families around the world has backfired, because church leaders have blamed the wrong external forces for the family’s supposed demise – including adultery, divorce, spousal and child abuse, abortion and homosexuality.

Rather than blaming the “disintegration of the family” on something such as “allowing same-sex couples to have a ceremony,” Blount said that the church’s time would be better spent in combating clear threats to families, such as environmental pollution, the closure of family-owned businesses, a corporate-controlled global economy, war, the lack of available health care and the exploitation of foreign workers.

“Lacking food for one’s children or women’s prenatal health care are problems immensely more destructive than having a gay couple with children living next door,” he said.

I Love You No Matter What

At age nine, piano teacher and stay-at-home mom Emily Petersen overheard a friend of the family mention that her father was gay. Already reeling from her parents’ divorce Petersen said the revelation filled her with worry – about her father going to Hell and about the possibility that she could be gay, too.

“I had always strived towards perfection, but now that was gone,” said Petersen. Her autobiographical essay detailed how her mother helped Petersen come to terms with her father’s sexuality by reassuring her that he was a good father and dedicated police officer, and that his sexual orientation wasn’t inheritable.

Although it took her several years, Petersen said she finally talked to her father about his sexuality last year. She learned then that his bishop had encouraged him to date and marry and “everything would be OK,” despite her father’s lack of attraction to women.

“That’s what they told us in those days, but it didn’t work,” Petersen quoted her father as saying. After their discussion, Petersen said she and her father came to an understanding.

“My dad understood that I didn’t hate him, and he could accept that I was part of a religion that shuns him,” she said. “We bonded because we were father and daughter, and nothing, not even homosexuality, can come between us. We had finally learned to say, ‘I love you no matter what.’”

Many audience members expressed relief and joy that Petersen’s story had ended so positively.

“If we say we are Christians, we should act like Christ,” Petersen answered them.

Wenger began by exploding several myths about the decision’s impact – namely, that it will open the door to legalized polygamy (a move Wenger said the decision explicitly bared) and that it will force churches to perform marriage ceremonies for same-sex couples (the decision does not apply to religious denominations).

“The court could change its mind in the future, but this part seems unlikely to change,” he said of the religious exemption, adding that this part of the decision was tied to the holding of the court, or the court’s explicit decision. To force church’s to marry gay couples, Wenger said the entire Supreme Court ruling would have to be re-written and retried. Further, Wenger added that religions were not likely to lose their tax exempt status over the issue of not performing same-sex marriage ceremonies, as the law would have to show that their refusal to do so would undermine “the community conscience” and “public benefit.” As long as a religious group does not advocate or raise money for a specific candidate, Wenger also said they can “weigh in” on political issues, such as the constitutional amendment that would ban gay marriage in California.

If the proposition is successful, Wenger said “nobody knows” if the gay couples married before its passage would still be married, or if their marriages would be annulled.

Pingree said he was “overwhelmed with positive emotion” when he learned about the high court’s decision. “It was my society finally recognizing me as a full human being with full needs and dreams.”

His spirits fell, however, when the LDS Church sent a letter to its California bishops instructing them to tell church members to back a proposition that would ban gay marriage in the state pending voter approval this November.

“Why did the church pick this issue and not others of a great magnitude, such as genocide in Darfur, the persecution of Palestinians and the starvation of millions in North Korea?” he asked.

The Expression of Spirituality of the Rising Gay Generation

Bisson, 28 and Affirmation’s youth services director, discussed his experiences of growing up gay and closeted in rural Colorado, and entering the army to avoid going on a mission. Bisson, who said he would still attend the LDS church if he was straight, said that he has seen some changes in how Utah Mormons deal with gay youth, but not nearly enough progress.

“Mormon gay youth are still encouraged to resist their orientation, even though their [non-Mormon] peers come out and are accepted,” he said. He also stressed that Affirmation’s resources are open and available to youth of all ages.

Although Cole, 26 and Affirmation’s young adult chairperson, wanted to go on a mission, he was excommunicated after coming out when his home teacher asked why he had stopped attending services. In his presentation he described the experiences of several gay Mormon friends, one of whom had left the church feeling he had “no need for a church that says negative things about him,” who identify as bisexual male and has considered marrying a woman, and one who won’t come out because he thinks his feelings contradict church teaching.

“I don’t want anyone to have to choose between their faith and their true selves,” Cole said.

Nielson, 24 and president of Reconciliation, a Utah-based gay positive Mormon group with ties to Affirmation, was the only one of the three men who is openly gay and actively Mormon. After his bishop refused to give him a mission call Nielson said he made a list of reasons to “continue living and not to.” And after leaving the church for a year he said he came back when he realized being Mormon was a crucial part of his identity, and that many of the people who expressed anti-gay views were not necessarily his enemies.

“At our core we really are all about love and sometimes we get confused on how to express that,” he explained.

Melson closed the panel by explaining that the church had cancelled a long-anticipated meeting between Affirmation and church leadership that was scheduled to take place on Aug. 11. Melson said that Affirmation would hold a press conference instead to present its suggestions about how the church could do a better job of treating gay members kindly and keeping families with members who come out together.

“When the church does things right we want to praise them for what they do, but at the same time we want to hold them accountable for not being Christ-like,” he said.

To learn more about Sunstone – and to order audio recordings of any symposium session – visit sunstonemagazine.com. 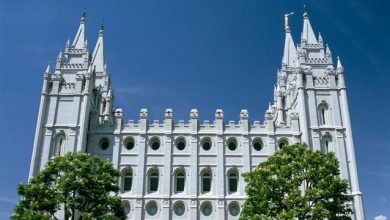 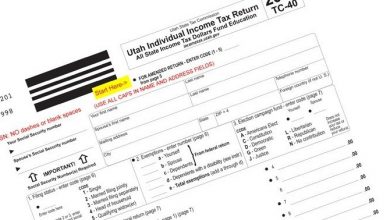