A clear majority of participants in the new Zogby poll, taken from August 13 – 15, indicated they would be comfortable with an openly gay presidential or vice presidential candidate. Six out of ten of the 1,089 respondents to the poll said they would be open to supporting a gay candidate for president.

A slightly higher 66 percent of those polled would potentially support a gay vice presidential candidate. Over 70 percent of respondents would be willing to back an openly gay cabinet secretary, according to the poll. The highest support for gay political candidates was found amongst Democratic voters between the ages of 18 to 24.

“The results prove that most Americans want to be fair to gay people,” Chuck Wolfe, president and CEO of the Gay & Lesbian Victory Fund and Leadership Institute, said. “Our aspiration is to always see each other as individuals first, and though we may not always succeed at that, our underlying fairness and decency means that one day soon we will. This marks tremendous progress for our community and for the voting public.”

“I think this sends a signal to young gays and lesbians across the country that they can consider a career in public service and they shouldn’t be scared away from that merely because of their sexual orientation,” said Polis, who introduced his partner, Marlon Reis, during a raucous victory party.

Speaking about the monumental nature of Polis’ achievement, Wolfe said: “Jared’s election is a victory for democracy.”

“Gay Americans are woefully underrepresented in our government. Jared’s victory brings us one step closer to fulfilling America’s promise of a truly representative government.”

If Polis wins the seat, he will join Representatives Tammy Baldwin (D-Wis.) and Barney Frank (D-Mass.) as the only openly gay or lesbian members of Congress. Only six openly gay people have served in the House of Representatives so far. If the Zogby poll is any indication, Polis just might go on to hold an even higher office someday if he is interested in pursuing it. 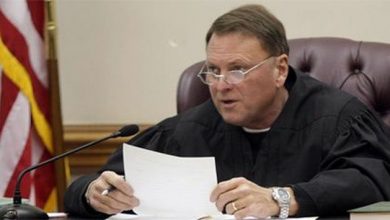