Openly gay Australian diver Matthew Mitcham clinched the gold medal in the 10-meter platform, ending the Chinese domination of the sport at the 2008 Beijing Olympics.

"It's absolutely surreal. I never thought that this would be possible," Mitcham said after winning. "I wasn't even sure of my medal chances at all. After I did my last dive and I saw I was in first, I thought, "That's it, it's a silver medal, I am so happy with this' and then I won. I can't believe it, I'm so happy."

Mitcham was second to China's Zhou Luxin by more than 30 points leading into the final round, but scored a massive 112.10 on his last dive—a back two and a half somersault with two and a half twists—sealing his gold medal, meanwhile ending China’s reign as number one in diving at the Beijing games, according to the Daily Telegraph. 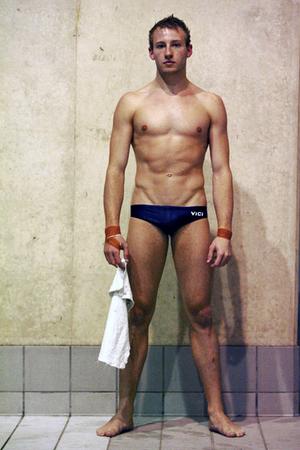 Mitcham’s gold-medal winning dive was a 180 turn from his performance in the 3m springboard, in which the nerve-wracked diver failed to make the final.

His form going into last night's final was impressive after finishing second overall in the preliminaries and semi-finals, but he didn't quite get the start he wanted in the final with his opening dive scoring 73.50 to have him ranked equal ninth after the first round.

At 20 years old, Mitcham landed the highest scoring dive in Olympic history with his sixth and final dive at the games, and became the first male Australian diver to take gold at the Olympics since Dick Eve won in 1924.