This September, a camp for people with HIV/AIDS, their families, friends and caregivers and the professionals who help them will be held once again in the picturesque landscape 18 miles above Coalville, Utah near the Rockport Reservoir.

“I think this is our 18th year, I’ve lost count,” said camp co-founder Donald Steward, also known as Utah Cyber Slut Ruby Ridge. “All I know is I lead the hike to Pinecliff each year and I get slower and slower.”

Steward and his partner Dick Dotson began the camp in the late 1980s as an extension of the all-volunteer Horizon House Project, which was then a University of Utah drop-in center that offered support groups, workshops and pastoral counseling for people living with HIV/AIDS. Held originally at the YMCA Camp Rogers facility in Kamas, the camp was designed to give PWAs a rest from city living and the drain of dealing daily with medical issues and early AIDS medications – which Steward calls “horse pills” –  that often took a toll on their bodies.

“Back in those days people were dying very quickly right after their diagnosis because there wasn’t a lot of treatment,” Steward remembered. In its early days, he said, the camp was mainly for PWAs and their family members.

“We’d have conversations around the campfire where they’d talk about medication, dealing with depression that comes with AIDS, all those issues,” he said. “The social interaction was just so healthy. It helped in those days when there was a lot of fear and anxiety because so little was known.”

Although Steward said he and other organizers attempted, at one point, to structure the weekend around workshops and discussions about such things as stress management acquiring medical power of attorney, they quickly discovered that camp attendees just wanted to socialize and relax among the red rock cliffs and the wilderness where, as Steward put it, “you’re lucky if you see maybe five cows a day along the road.”

In a few years, the camp moved from the YMCA facility to its permanent home at Camp Pinecliff, which is owned and operated by the Rocky Mountain Conference of the United Methodist Church. The church rents out the property (complete with cabins, bnkbeds, kitchens and a lodge) to the camp weekend at a subsidized rate. And they are not the only church who has involved themselves over the camp. Each year a number of volunteers of all sexual orientations and faiths donate their time, money, goods and services (as cooks, massage therapists, artists and on-site nurses) to keep the camp running, making Camp Pinecliff completely independent of any state or federal money.

“We were ecumenical before ecumenical was cool,” said Steward. “We were faith-based before people got money to be faith-based. If you consider that was back in the day when people were really freaked out by this illness and didn’t even talk about AIDS, we were able to work with several churches.”

For the past 15 years, for example, the men’s group from the First Baptist Church in Salt Lake City has cooked meals for camp attendees. The food for those meals, meanwhile, has been supplied by the Church of Jesus Christ of Latter-day Saints. That particular relationship began, according to Steward, some years ago, when he wrote a letter to church leadership scolding them for calling AIDS a “judgment from God.”

“I said, ‘hey, it’s ironic that you’re taking this first world homosexual male perspective of the illness because it’s a third world heterosexual women’s disease,’” he said. After informing leaders of the familial repercussions of HIV/AIDS – namely that every person with the disease is attached to a family – Steward said the church asked how they could help. Now, he says, the LDS church gives them almost more food than they can use.

And the camp’s food has made them “the envy of the Methodist camping world,” according to Steward. Along with the eggs and cold meat trays the church provides Utah restaurant group Gastronomy, Inc. also donates breakfast hams and Colosimo’s Sausage donates, well, the food they’re famous for.

In the mid 1990s organizers opened the camp to people – such as volunteers – who were HIV negative. In order to eliminate participants’ fears of being stigmatized if their HIV status is known, the camp has instituted a non-disclosure policy towards HIV status. But whether campers are HIV positive or negative, straight or gay, Mormon, Baptist, Methodist or any other faith, Steward says they all have a good time.

“It’s a nice mix of straight, gay, church and no-church. It kind of works,” he said.

Camp Pinecliff will be held Sept. 19-21. For more information or to register contact Dick at 518-8733. Cost for the weekend is $35 per person and scholarships for people with HIV/AIDS are available on a first come, first served basis. 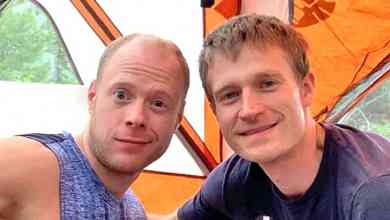 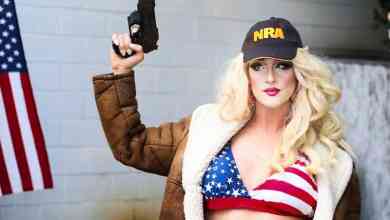