Affirmation: Gay and Lesbian Mormons, a group for current and former gay members of the Church of Jesus Christ of Latter-day Saints and their supporters, has just announced that it is accepting nominations for the position of executive director.

The term of office for this position lasts one year, running from Jan. 1 to Dec. 31. Outside of offices in individual chapters, it is the only elected position in Affirmation. All candidates for the position will be introduced at Affirmation’s national Conference in Los Angeles this October and will be asked to introduce themselves and their ideas for leadership.

The executive director will appoint two assistant directors who, along with him or her, form the group’s executive committee. The executive director also appoints associate directors, the treasurer, the webmaster, members of the endowment committee and the editor for Affinity, the group’s newsletter. He or she is also responsible for appointing leaders of such other positions as Affirmation’s young adult program and coordinators for the youth, women’s and transgender concerns groups.

Interested applicants should contact current executive director Hugo Salinas at (703) 864-5527. Only dues-paying members can run for office and must declare their candidacy no later than Oct. 10. To declare candidacy, submit a full statement to Salinas by Oct. 5 either by filling out the email form available at affirmation.org/contact/webmaster or by mailing the statement to Hugo Salinas P.O. Box 77540 Washington, DC 20013-8504.

Candidate statements will appear in Affinity’s November issue and members will receive ballots following the conference. The winner will be announced in December. 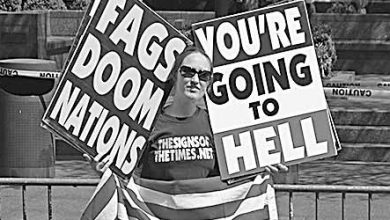