Election time is fast approaching and with it the vote on a new amendment to California’s constitution. Its name is Proposition 8 and, if passed, it will make same-sex marriage illegal in that state. As California is currently one of the few states that actually allow same-sex marriage this amendment would take away the rights that gay people in California won in the previous election.

Many conservative organizations, including the Church of Jesus Christ of Latter-day Saints, are supporting the amendment for “moral” reasons. But morality has no place in politics because morality is open to the interpretation of individual lawmakers, and what one person thinks is moral, another may not. The law should really be about what is equal, and what is fair. The church’s call for members to support Proposition 8 puts vague morality over legal equality. In issuing its marching orders the church is asking its members to do something unjust

At the most recent LDS general conference, three church leaders spoke about the “need” for California Mormons to get involved. Later, they asked members across the country to get involved, spreading support for the amendment any way possible. Now, prior to this election, church leaders had never publicly asked all of its members to get involved in specific political issues. They had always publicly stated that it is important to vote in local, state, and national elections to ensure that quality leaders are picked, but the church never took an official public stance on any certain candidate or certain issue. In fact, the church actually preaches that it should not be involved in politics. For example, Doctrine and Covenants, Section 134, Verse 9—a key piece of Mormon scripture— states: “We do not believe it just to mingle religious influence with civil government, whereby one religious society is fostered and another proscribed in its spiritual privileges, and the individual rights of its members, as citizens, denied. “

It seems to me that the church is operating by a double standard. Its own doctrine states that it is unjust for a church to get involved with the civil government. Yet Mormon leaders are urging their members to vote a certain way and lend support to a certain issue. They’re now using call centers that were once used to send their doctrine to members across the globe to call California voters, urging them to vote yes on Proposition 8. They’re even going as far as threatening to excommunicate members who don’t agree with and take a public stand against the church’s political involvement in this issue. Andrew Callahan, member of the LDS church in Nebraska, started a Web site to collect letters from Mormons stating that the church is wrong for getting involved. As a result church leadership sent him, and many other church members who agree with him, a notice to appear before a disciplinary council to determine whether or not he could still be a member. The letter basically states that the church feels he is committing conduct unbecoming of a church member and is living in a state of apostasy—simply because he’s expressing his own political views.

In the words of George Santayana, “Those who cannot remember the past are condemned to repeat it.” The LDS Church really needs to take a look at similar things they have done to resist civil rights over the last 50 years. Just 30 years ago, the Church did not let African-Americans hold the priesthood or take part in other religious ceremonies that are key parts of the LDS faith. This oppression ended in 1978 (about 20 or so years after the nation began dealing with issues of racial segregation) after a sudden “revelation” from the President of the Church at the time, Spencer W. Kimball. The church then reversed its policy. Many people thought, and still think, this “revelation” was due to immense political pressure.

Now, the debate over same-sex marriage isn’t really a new issue. But again, this is the first time that the LDS church, as an entire organization, has taken a firm political and public stance on this issue. And I oppose this interference because the issue at stake is political, not moral. The gay community isn’t asking for a moral or religious right to marry, it is seeking equality politically and legally. Gay people are simply seeking the legal right to go down to a courthouse, say “I do” with someone they love and gain the thousands of legal rights that come with it. As a gay man, and still a “technical” member of the church, I have been stewing over this issue for weeks. I have experienced oppression from church members before because of who I am, but never viewed it as the church’s fault. I have never spoken out against the church before, because as an organization, I felt the church was fairly neutral when it came to many gay issues. Now, I feel very hurt and betrayed by the church I once cherished, and have been contemplating withdrawing my membership.

I think that the church should never have changed their doctrinal stance over what they feel is a moral issue. One religion’s morality has no place in politics.

The night they arrested Paul Lynde

Sentence GLAAD to a pit of Chick-fil-A 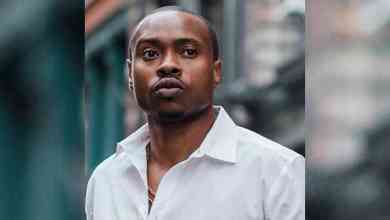