Thank the gods that's over! The pending election had my stomach twisted in knots. Whew! Of course, I’m writing this an entire week before November 4 so I have no idea what actually happened. Did Obama win? Did Prop 8 pass? Will LaVar Christiansen and Chris Buttars return to the Capital to torment the gays? The anxiety has had us all in dire anticipation. And now it’s over. But in actuality, regardless of the outcome, it’s really only just begun.

The late labor activist and folk legend Utah Phillips once told the story of meeting he had with his peace and justice group the day after the 2004 presidential election. Like all of us, the group was devastated that Bush had been re-elected. How could America do that? Utah’s advice was important: “You have 24 hours to mourn,” he told the dejected activists, “and then you’ve got to get back to work!” Utah understood that great social movements are not achieved by one election alone. True systemic change happens from sustained efforts, over time, always pushing, pushing from the grassroots up.

Regardless of the outcome, we all have our work cut out for us. McCain is a right wing hawk with a temper and dormant skin cancer. Palin is a myopic theocrat who disses science, gays and reproductive choice. Their administration could well precipitate the rise of a fascist theocracy and an expanding American military empire that will eventually collapse under its own weight, thus bankrupting an already financially ailing country. Add to that our unchecked oil and gas emissions murking up the atmosphere and heating us into a catastrophic climate crisis, and well … you’ll see the very survival of our species at risk.

We will have greater flexibility to address these dangers with an Obama administration. But as übercool as Obama is, we must all remember, he is still only a moderate centrist. He is not a superhero savior that will swoop down to our rescue. When it comes to war, energy and healthcare, he will be under tremendous pressure from the military industrial complex, the oil industry and the insurance lobby to maintain the status quo. The progressive left must organize and pressure an Obama administration. He must know that good progressive policies are the hope of the people. We must counter the special interests and right wing ideologues with the power of our collective voice. The good news though, is that with an Obama presidency, we can at least have that conversation. So, let's engage.

Now, on to Prop 8. People often ask me why I’m so up and arms about this issue. I have often said that marriage is a patriarchal institution that reinforces dominator systems of gender ranking and the historical subordination of women. Yes, it is all that. Gay marriage is not the end-all be-all of the queer liberation movement. That said, I believe it is extremely important to stand up for marriage equality. Everyone in our country must be treated as equals. No question. And more importantly, we must not be bullied. We cannot allow right wing churches to intimidate us, scapegoat us or shame us in any manner. They have lied about our people. They have stoked the flames of fear and worked to turn segments of America against us. They have declared that we are not deserving of the same liberties and freedoms. They are wrong.

If Prop 8 passed, then it’s time to get back to work. We must stand strong, tell our stories, come out of the closets and be perpetually active. We must throw our weight and our money in support of the gay organizations that are working on our behalf. I encourage all of you to place your dissent in the center of public discourse. Write letters to the editors. Write op-eds. Talk to your family members and co-workers. Become educated on the issues that you care about. Never allow any church or political party to tell you that your form of “family” has less value than theirs. Never EVER give them that satisfaction. Get in their face, stare them directly in the eye, and demand access to every right and privilege that is part of your American birthright.

If Prop 8 failed, then awesome. Way to go, team! And it’s still time to get back to work. Just because California recognizes gay unions, that doesn't mean equality is won. What about the civil liberties of single queers? Trans queers? Aging queers? What about healthcare for people with HIV? What about violence and hate crimes? What about suicide prevention and self-empowerment? These are all issues that a simple “I do” will not fix. We’ve got to always open our eyes to a bigger vision of social justice—in ALL areas of life. Don't settle for the scraps—go BIG!

There is a shift happening. Believe it. Regardless of election results. America is starting to wake up. We are becoming increasingly aware that we stand collectively as a civilization at a pivotal crossroads. The election was only one component of that movement.

Ultimately we must decide what kind of nation we will choose to be, a nation of fear or a nation of freedom. We can live in separation from and fear of each other, or we can begin to trust each other and stand united by our shared hopes and common humanity. Personally, I'm all for cultural transformation. We can pull it off.

I’m excited to continue working with all of you to build a positive future together.

Troy Williams is the executive producer of RadioActive on KRCL 90.9 FM. He blogs at queergnosis.com. 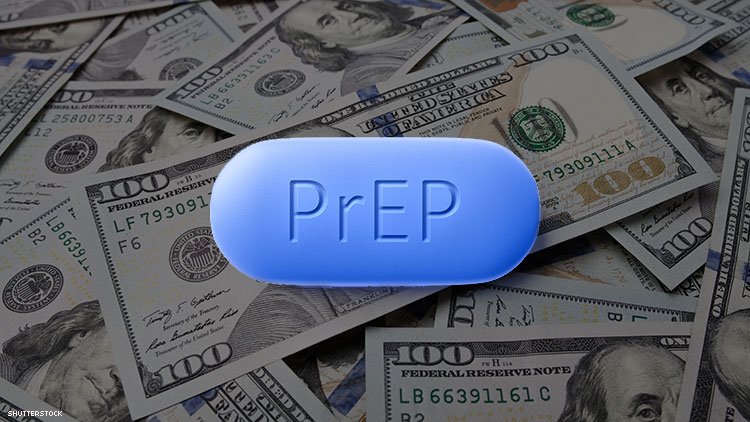 UofU grad students priced out of getting HIV preventative medicine