The local affiliate of the American Civil Liberties Union sent a statement to QSaltLake aimed at clarifying issues of religious liberty related to the recent California ballot initiative related to same-sex marriage:

The American Civil Liberties Union of Utah expresses dismay over the passage of Proposition 8 in California, which seeks to amend California’s Constitution to exclude a single group of people, same sex couples, from the fundamental right to marry.

The ACLU of Utah acknowledges the Church of Jesus Christ of Latter-day Saints’ recent statement calling on everyone, on both sides of the debate, to act in a spirit of mutual respect and civility towards each other and to request that parties refrain from subjecting others to erroneous information.

In the interest of disseminating accurate information, we feel it is important to highlight that the choice between religious freedom and equal rights is a false dichotomy. As an organization long dedicated to protecting and promoting religious liberties and equal rights, even when those rights appear to be in tension with one another, the ACLU of Utah asserts that it is misleading and inaccurate to claim that recognition of same-sex marriage by the state of California in some way infringes on the religious liberty of the LDS Church or any other religious institution.

However, state-recognized marriage does confer a myriad of benefits upon married couples, many of which are difficult to obtain otherwise. Such legally-incurred benefits include health insurance, unemployment compensation, family leave, inheritance, hospital visitation and more. ln Utah, civil unions and domestic partnerships are not recognized by the state, making such benefits all the more unattainable.

Civil (state) recognition of marriage does not, in and of itself, carry any particular religious significance. The California’s Supreme Court’s recognition of the constitutional right of same-sex couples to marry did not change that. It is inaccurate to suggest that civil marriage for same-sex couples would infringe on religious liberties. This inaccuracy hinders our ability to move forward with mutual respect and civility.

The national ACLU has joined in a suit challenging the validity of Proposition 8, should it be determined to have passed (the vote on the ballot measure is still too close to call). For more information on this most recent challenge, as well as the ACLU’s position official position on Proposition 8, please click here . 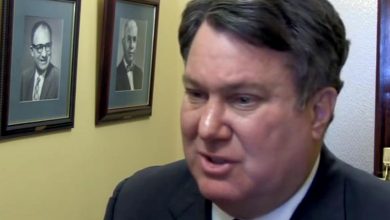