In advance of protests against California’s Proposition 8 to be held in cities across the nation this weekend, including Salt Lake City, Joe Solmonese, president of the Human Rights Campaign, has released the following statement calling for renewed commitment to coalition-building between all oppressed groups. HRC is the nation’s largest lesbian, gay, bisexual, and transgender civil rights organization. Solmonese’s statement, which also urges respect and civil behavior during the Join the Impact rallies, was sent to HRC’s 750,000 members and supporters.

Our community is facing great challenges in the wake of the outcomes of ballot initiative fights in California, Arizona and Florida. Now, we must decide how to approach the obstacles ahead.

As Martin Luther King wrote in his Letter from a Birmingham Jail:

On November 4, less than six months after the California Supreme Court ruled that lesbian and gay people are fully equal under the law, a slim majority of voters declared that we are not.

In Arizona and Florida voters also took away rights we had not yet even been granted.

We are angry — and that anger has moved to the streets.

Our rights were stripped. Our love was branded unworthy of the name marriage, though our commitments and responsibilities to each other are worthy of nothing less.

We are determined the world will see we are not an issue; we are families. Many of us are people of faith; many are people of color; our children play with yours; all of us are neighbors.

The Mormon Church played a huge role in the travesty called Proposition 8. In response, there have been protests at churches. The Mormon community faced persecution in its early years. In the wake of Prop 8, I question whether members of that community have forgotten the lessons of their struggle.

Likewise, the Roman Catholic Church disregarded the history of sectarian oppression and pursued a campaign of deceit and misinformation in support of Prop 8 reminiscent of the anti-Catholic movement of the early 1800s.

It is chilling to realize the Catholic and Mormon Churches knew they were telling lies – that marriage equality would require children to learn about homosexuality in school – priests would be required to solemnize marriages of same sex couples – and they lied anyway.

As our community and allies exercise our uniquely American right to protest, I hope we will remember the lessons of the HIV/AIDS protests in the 1980s. We were angry, but strategic; impassioned, but smart. Our actions in the streets will set the tone for the ongoing debate about marriage equality. Let us be motivated by our pain, while we model love and justice.

That a majority of African Americans voted for Prop 8 has been particularly jarring. Lesbian, gay, bisexual and transgender people have depended on the real leadership exerted on our behalf by African American leaders. As the Obamas move to the White House, the African American family is receiving long overdue respect. We, too, strive to have all families supported and valued by society.

We ask ourselves why the community that has endured the most violent and persistent discrimination in our country’s history failed to understand our struggle for human rights. The results of the campaign have fueled rage. Yet this is misdirected anger. We obviously failed to communicate to African Americans the interdependence of our struggles.

The question before us now is, will we stray from our own path toward justice, and reduce a human rights movement to tactics of recrimination? How we respond to Prop 8 and defeats in Arizona and Florida will define our success, and say much about who we are.

To my community and allies, I say this: our anger is just; our goal is alive. We must remain worthy of the cause we fight for. Our cause is love; and only through love can we win the freedom to marry. In the streets and over coffee, our message must be consistent. We love our soul mates and our families; we love and respect our neighbors; we expect love and respect in return.

To reverse the outcomes of November 4, we must embrace our passion and anger, and redirect them to tasks that have as yet gone undone.

We must take this election as an occasion to look inward. In our California, Arizona and Florida campaigns, we asked diverse communities to hear our stories and respect our rights. But have we heard the concerns of the people we asked to listen to us? We assert that equal marriage rights are basic human rights. We must also show that our concern for human rights does not end with marriage. We must make clear alliance with those we seek as coalition partners.

As we ask communities of color and religious communities to engage and partner with us, we must demonstrate our commitment to the people and issues they care about. We must show that we will not abandon forty-seven million uninsured once we have domestic partner benefits, and that non-discrimination laws are not enough when legions of children are denied equal opportunity by failing schools, violence, and racism. We must stand with immigrants as they, too, seek to fully realize the American dream.

Our campaigns to beat back discriminatory ballot measures in California, Arizona, Florida and Arkansas failed to help others who have experienced discrimination understand that putting the rights of one minority up for a vote puts everyone's rights at risk. That is a conversation with our neighbors that starts today. I hope I will be better able to communicate with them, not because my argument is sound, but because they will be better able to hear me as we labor together for justice for all.

Now is the time to be constructive with our hurt and disappointment. This weekend, thousands in all 50 states will take to the streets with one common goal in mind—full equality for all—let us not forget that our cause is one of civil respect rooted in justice and fairness. Marchers will call not only for justice for LGBT families, but for an end to all the oppressions that hold our nation back and give the false impression that our differences are more profound than what we have in common. To locate a Join the Impact rally near you, visit http://jointheimpact.wetpaint.com/.

During and after the Join the Impact protests, we must all recommit ourselves to confront our neighbors with our love.

I will engage my Mormon, Catholic, and African American neighbors — and will ask them to engage me in their lives. I am ready to listen and act on their behalf while I make my case for their support.

November 4 showed us how much work is left to do, but it also brought out the passion we will need for that work. We must hold on to it, and use it wisely. We seek to live as loving families in peace and equality with our neighbors. We trust in the power of love. 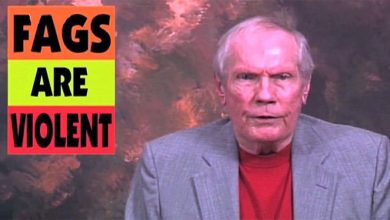