In the wake of Proposition 8, the recently passed measure banning gay marriage in California, one Utahn has founded a local grass roots group to promote and to educate the community about what he describes as the need for marriage equality.

A self-described “straight guy with gay family and friends,” Michael Mueller was inspired to create Utahns for Marriage Equality by his experiences making calls to California voters as part of a No on Proposition 8 phone tree and volunteering for President-elect Barack Obama’s campaign.

“I saw first hand some of the tools and great efforts his campaign used,” said Mueller, referring to the Obama camp’s familiarity with and reliance on newer technologies—such as email, text messages and social networking Web sites like Facebook and MySpace—to spread its message. Shortly after Proposition 8’s passage on Nov. 4, Mueller set up a Facebook page for the fledgling group. At press time, it had 819 members, many of whom are involved in a number of other gay rights groups and marriage equality demonstrations, such as Join the Impact Salt Lake March for Equality.

“[Utahns for Marriage Equality] is more a networking group to help support each other’s causes,” Mueller explained. “It’s very much a grass roots effort … to combine all our best efforts and ideas towards the goal [of marriage equality]. Our main goals are outreach and education.”

The group drew a number of activists including KRCL RadioActive producer Troy Williams, Join the Impact Salt Lake organizer Elaine Ball and members of local gay rights group Equality Utah to its first meeting on Nov. 11. Here, attendees discussed such topics as a proposed mission statement and the possibility of joining Marriage Equality USA as a Utah chapter. Mueller, however, said that some in the group, including him, felt ambivalent about becoming part of the twelve-year-old organization; in part because of its fundraising requirements and its focus on California’s political climate (three of the group’s nine chapters are based in the Bay State).

“Our issues are different and I feel they’re pretty California-centric,” Mueller said. The group ultimately voted to continue discussing the possibility of joining MEUSA until its next meeting on Nov. 24.

Attendees also discussed holding various town hall meetings across the city to discuss Equality Utah’s forthcoming civil unions bill and outreach efforts to local religious groups, including the Pride Interfaith Council and Baptist and Catholic churches. Mueller also said the group hopes to dialogue with members of the Church of Jesus Christ of Latter-day Saints, which contributed the majority of money and volunteer hours to the Yes on 8 campaign, ultimately raising close to $20 million for the cause.

“I feel strongly we can start a conversation,” said Mueller. “I know a lot of Catholics who are open minded just like three’s a lot of LDS who are open minded.” Mueller added that he hopes to reassure these churches that gay marriage isn’t a threat to them by exposing what he sees as the Yes on 8 campaign’s “fear tactics”—namely its contention that legalizing gay marriage would force churches to perform gay marriages or lose their tax-exempt status.

Mueller said he especially hopes that Utahns for Marriage Equality can help gays and lesbians “move beyond Mormon church bashing.”

“We realize they’re very heavily involved, but we can’t answer hate with hate,” he said.

While Utahns for Marriage Equality is currently based in Salt Lake City, Mueller said the group hopes to involve people from all over the state, specifically in larger cities such as Provo, Ogden, Cedar City and St. George where support for gay marriage is also strong. Involving other cities is key, he added, not just to make the group more inclusive, but to spread its message further.

“The outreach they do in Cedar City will be different than what we do in Salt Lake City,” he explained.

Ultimately, Mueller said he hopes people of all faiths, ethnicities, sexual orientations and gender identities will join Utahns for Marriage Equality, because the struggle for marriage equality is no longer “just about gay rights.”

“It’s become a full on civil rights movement,” he said. 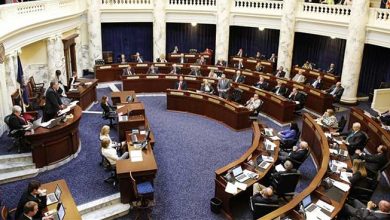