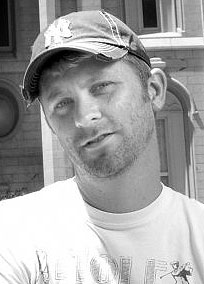 I’ll confess to being a little anxious before my interview with syndicated sex columnist, Dan Savage. He is, after all, the man who can make Stephen Colbert stammer and blush. But I thought I could make an effort to dissuade his support of a proposed gay boycott of Utah — and maybe even encourage him to visit our state and join us in our fight for queer equality. The following was broadcast on KRCL’s RadioActive on Dec. 5.

Troy Williams: Dan, we’ve been talking a lot about you lately!

Dan Savage: Have you? My ears have been burning.

TW: It’s all coming from Utah.

DS: My rights have been shredded and my ears are burning. What’s next from Utah?

TW: Something from the bowels I’m sure — so watch yourself!

DS: I’m going to stick something up the bowels of Utah if it’s not careful!

TW: Well. let’s get into that. I grew up as a gay Mormon — I did the 2 year mission. I’ve seen my church do a lot of heinous political things in its history, but we were all shocked to see the zealous ferocity with which the Mormons in California funded Prop 8.

DS: It wasn’t the Mormons in California. Mormons are two percent of the population. Mormons provided fifty percent of the money. And most of that money, 90-plus percent of which came from outside California from individual Mormons who were ordered by the prophet to donate to the campaign.

TW: Have you been to Utah?

DS: I have. I actually went on a tour of the Temple about ten years ago. I saw the talking animatronic Jesus and got to fill out cards to send Mormon missionaries (maybe you?) to all my friends.

TW: Probably. [laughs] You know, what’s been so exciting since this whole thing went down is this explosion of activity here in Utah. All these wiki-queers have risen up and spontaneous, leaderless, peer to peer networking has been happening. People have been fired up. And I think I can speak universally for the gay community, that we are all horrified at the idea of a Utah boycott.

DS: [laughs] I don’t know how I became the public face of the Utah boycott, which doesn’t even officially exist! I wrote one blog post when in the wake of Prop. 8 I was particularly exercised about it. I haven’t organized a campaign. There’s no Web site. There’s no official declaration. All it boils down to is that I’m not coming to Utah to go snowboarding this year. And people are crapping their pants there about that!

TW: Yeah. [laughs] You know, the gay community is on fire right now. And what we would really like to see is a big gay surge into Utah from all over the country.

DS: But how do we get around the fact that faithful Mormons tithe? How do those of us who are not Mormons and don’t live there visit Utah without putting money into the pockets ultimately of the Mormon Church, which is then going to spend it on stripping us of our rights?

TW: We’re going to have to create a guide for you.

TW: I’ve been boycotting the Mormon owned Desert Books for years. And we do have our Q Guides [The QSaltLake Pages].

DS: OK then. If people, progressive and queers want those of us to feel comfortable coming to the state, put out a guide that tells us exactly how to come to the state and support you guys without financing the Mormon Church’s jihad against gays and lesbians.

TW: Please! I want you go to BYU and terrify the co-eds and chase the missionaries. I want a Million Queer March on Salt Lake City!

DS: That would be great. So long as you can find lodging for all of us that isn’t Marriott and isn’t going to finance our own oppression. I mean, I know it’s upsetting to some folks in Utah. Including some folks at the City Weekly who dropped my column. But it’s more upsetting what has been done to us.

DS: Yeah, I wasn’t too upset about loosing an online perch. Anyone reading me online can ready me anywhere. If they really wanted to run me, if they had balls they’d put me in print.

TW: I’m curious, Dan. Richard Kim from The Nation and Tim Dickinson from Rolling Stone have recently published interesting articles critiquing the No on 8 Campaign, and what a lot of people are saying is that despite the Mormons and the black community, No on 8 was ran poorly.

DS: The more we learn about the No on 8 Campaign the clearer it becomes that it wasn’t very well done. That doesn’t excuse bigoted check writing and bigoted voting. To say that you ran a lousy campaign therefore you should be stripped of your rights is like saying, “Oh, you got raped but look at what you were wearing. Your skirt wasn’t long enough. Your campaign wasn’t good enough to prevent us of depriving you of your civil rights.” That’s crap. That’s blaming the victim.

TW: Dan, what is your advice to the queer progressive community in Utah?

DS: I think you should move to a saner place!

DS: Plan B is to stay and fight. And you have our support. But you’re not going to have my presence this year. Unless you can get that guidebook together that will show me how I can move through Utah in a bubble without spending money in Mormon owned business.

Podcast the entire interview (and listen to Dan take calls from listeners) at queergnosis.com.