Volunteers will be collecting donations of non-perishable food items, toiletries and money for the Utah Food Bank until Dec. 20.  Although organized and run by Park City volunteers, Utahns from all cities are invited to participate. The food drive will end Dec. 20 with Light Up the Night, a candlelight vigil on Park City’s Main Street starting at 4:30 p.m.
Info: tinyurl.com/5p9o44, or Mark Worthen at mworthen@gmail.com or (435) 647-6706.

Gay, lesbian, bisexual and transgender Utahns and their straight allies are invited to join a march from the City County Building’s west lawn up State Street to the State Capitol’s south lawn. The march will be in support of gay rights group Equality Utah’s Common Ground Initiative, a set of six proposed bills for the 2009 legislative session seeking such goals as employment and housing protection for gay and transgender people, rights for gay couples to adopt children and the repeal of part of Amendment 3 which bans civil unions in Utah. The rally will also call on President Obama to support a comprehensive hate crimes bill and Employment Nondiscrimination Act and to repeal the Defense of Marriage Act, which prohibits the federal government from recognizing same-sex marriage, and the military’s don’t ask, don’t tell policy.
When: Jan. 24, afternoon (time TBA)
Where: City County Building west lawn (451 S State St)
Info: allforoneinitiative.org

Gay, lesbian, bisexual and transgender Utahns and their straight allies are invited to show their support for equality for all Utahns by marching to one of Utah’s most recognizable symbols: Delicate Arch in Moab’s Arches National Park. A celebration will follow the march. Carpooling from Salt Lake City is available.
When: Jan. 10
Where: Arches National Park
Info: tinyurl.com/62dmqa 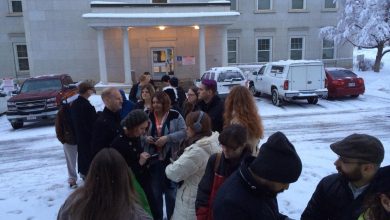