When new Church of Jesus Christ of Latter-day Saints President Thomas S. Monson signed the now-infamous letter urging California Mormons to “do all you can” to support efforts to pass Proposition 8, he could not have anticipated the effect that signature would ultimately have.

Certainly, the letter and the Salt Lake City-based church’s many missives, Web broadcasts, canvassing efforts and commercials that followed it played a large part in urging California voters to pass the constitutional amendment that re-banned gay marriage in the state. Overall, Mormon donations to various pro-Proposition 8 campaigns are reported to have totaled somewhere between $22 and $25 million. And while the Mormon Church was ultimately one of many religions that banded together in a coalition to support Proposition 8, it received the most attention in the news media — a fact likely due as just as much to the United States’ historic dislike of Mormonism as its members’ enthusiasm.

Yet, Monson’s call for his flock’s help in passing what gay activists quickly dubbed “Prop H8te” had consequences neither he nor even most gay people could have predicted. Heartened by Barack Obama’s presidential victory on the same evening, protesters took to the streets in several U.S. cities singing, waving signs and chanting Obama’s ubiquitous campaign slogan, “Yes we can!”

Two such demonstrations even took place in Salt Lake City. In the first, held on Nov. 7, over 3,000 marchers shut down the street around Temple Square in a peaceful demonstration that surprised the conservative city and dominated local news coverage for days after. The second, held a week later at the City County Building, garnered the same notice from news networks and drivers, many of whom honked and waved in support of the marchers, some of whom were old enough to remember the 1969 Stonewall Riots and many of whom (including respective organizers Jacob Whipple and Elaine Ball) were in their 20s or younger. While some worried that this activist fervor would die down as 2008 moved towards its end, the momentum has only grown and changed, from outrage at Proposition 8 into a commitment to securing equal rights for all Americans regardless of sexual orientation or gender identity.

As strange as it may seem, we at QSaltLake believe that Monson and the Mormon Church are somewhat responsible for this resurgence in U.S. gay rights activism now known as “Stonewall 2.0.” Many of our readers seem to agree. When editor and publisher Michael Aaron posted a comment on his Facebook page on Dec. 9 asking for nominations for our Person of the Year, a majority of commenters picked Monson and/or the LDS Church. For those readers who would disagree and are shocked — or even offended — by our choice, it is important to remember the criteria of such important recognition. Like other newsmagazines, we too choose a person or oganization that has had the greatest impact ( in our case, on the GLBT community) — for good or for ill over the past year.

As in Monson’s case, it has been a lot of good and ill, not just for gays in Utah and California who now have to deal with Proposition 8’s aftershocks, but for the Mormon faithful as well. The controversial measure has ripped apart Mormon families, isolated gay Mormons and parents of gay Mormons from their church, and has caused many faithful to resign their memberships. A list of the more vocal grievances can be found on SigningForSomething.org , a Web site launched by Nebraska Mormon Andrew Callahan who ran afoul of LDS leadership last summer for publicly opposing the church’s stance on Proposition 8.

And just as the church’s tactics in this legislative ultimately brought gay people together, it seems it may do the same for fair-minded straight Mormons who choose to stay in church and bear their testimonies in support of gay people at Sunday sacrament meetings. While President Monson originally set out to define civil marriage to match his church’s vision, he may well have started a movement that will end in his church expanding its vision of what it means to be married and American. Because of one ill-advised letter, we may one day look back on Proposition 8 as not only an unfortunate chapter in U.S. history, but a chapter that also allied gay people and Mormons in the ongoing fight for social justice.

MORE: …And the Runners Up 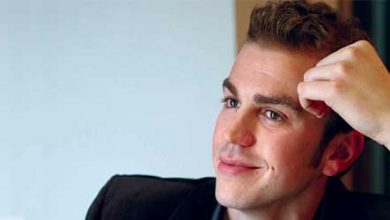