Calls for a boycott of Park City and the Sundance Film Festival will not affect the return of the independent film festival’s most popular gay hangout.

Directors of the Queer Lounge have announced that the popular haven for gay and gay-friendly festival-goers will be held again this year, despite talk by some gay activists of avoiding Utah because of the role the Church of Jesus Christ of Latter-day Saints played in the passage of Proposition 8 in November. The Queer Lounge puts on a number of events throughout the festival, such as parties and panel discussions on queer-themed movies.

Earlier this year, leaders of the Utah-based church called for members to give financial and volunteer support to the constitutional amendment re-banning gay marriage in California. Overall, Mormons are estimated to have contributed over $22 million to campaigns in favor of the amendment. The church’s support caused many gay rights activists, including sex columnist Dan Savage and blogger John Aravosis, to call for a boycott of Sundance as well as the state’s ski slopes.

“The Mormon church [sic], and its associated businesses, are free to foment discrimination against gay and lesbian Americans, but we are also free to stop frequenting the businesses of those who would make our children bastards, and we their parents second class citizens,” wrote Aravosis in a Nov. 6 post to his Web site, AmericaBlog.com. “It’s time to stop funding those businesses and individuals who promote hate. And let’s start with the Sundance Film Festival in Park City, Utah. It’s high time Sundance found a better state to party in than the seat of the Mormon Church.”

She added that she expected that gay filmgoers would attend this year’s festival, even if the boycott is definitely “an undercurrent.”

In November, Neil Giuliano, president of the Gay & Lesbian Alliance Against Defamation (which has sponsored the lounge since 2008), also encouraged gay and transgender people to come to Sundance.
“To not do so would render the LGBT community invisible at this critical entertainment industry gathering, and nothing would make our adversaries happier than if we were to render ourselves invisible,” he said in the prepared statement, adding that the film festival was the “single most important opportunity” gay and transgender people had for their stories and experience to reach a “broad audience.”

Some gay-friendly filmgoers are likely thinking twice about attending Sundance films screened at the Holiday Village 4 movie theater, owned by theatre chain Cinemark whose CEO Alan Stock donated $9,999 in support of Proposition 8. To honor this boycott, festival director Geoffrey Gilmore told the New York Times that all films screened at the Holiday Village Theater would also be shown at another location.

When asked if Sundance had considered abandoning the theater, Gilmore said a lack of other movie houses in the area prevented them from doing so.

“We don’t have an alternative,” he said. “If we had another theater we could walk down the street to, we might be thinking about that.” 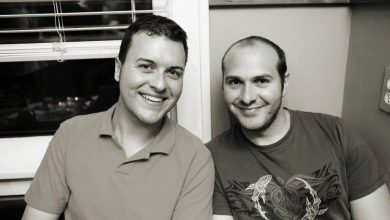 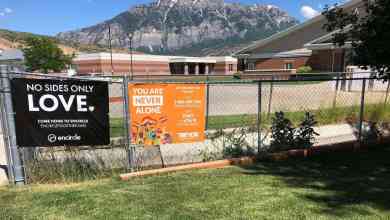