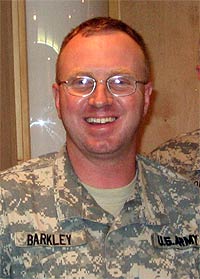 Gary Barkley is not happy with much of the work politicians in Washington, D.C. have been doing lately. But instead of merely petitioning them to do better, he’s taking things a step further—by considering a run for Utah Democratic Representative Jim Matheson’s seat in 2010.

The idea, as Barkley explains it, began in 2006, when Democrats won control of both congressional houses. At that time Barkley, an Iraq War veteran, hoped that the new congress would cut off funding to the war, and remembers being angry when they — including Matheson — largely voted not to.

“I felt my government was abandoning me because we had politicians who were afraid of being called weak on terror [by scaling down funding],” he explained, adding that the ongoing war “is weakening us and weakening us against the terrorists, weakening our national security.”

“You have brave American servicemen and women dying in Iraq. From a veteran’s standpoint, it’s outrageous they’d surrender to fear and expect people to die for their mistakes,” he said.

And continued financial support for the Iraq War wasn’t the only thing that enraged Barkley; Congress’ passage of the Foreign Intelligence Surveillance Amendments Act in July, which received widespread criticism for retroactively legalizing government eavesdropping on electronic communications. And when California voters passed Proposition 8, the measure re-banning gay marriage in the state, in November, Barkley said his frustration came to a head. Tired of what he saw as legislators trampling on the constitution he, as an Army officer, had sworn to defend, he decided to take action.

“Somebody has to do something, and I guess I’m going to have to do it myself,” he recalled thinking at the time. After that, he said he began seriously thinking about a run for congress.

As a potential candidate, Barkley said he has a lot to offer his country and his state, specifically as a gay war veteran. Among them: speaking out against federal policies that hurt gay people.

“I served in war under Don’t Ask, Don’t Tell, and I recognize it is a direct threat to our national security,” he said, noting that the policy was responsible for the dismissal of roughly “five dozen” military linguists who speak Arabic. “That directly weakens our security, especially when you consider in all federal [security branches] there are only 200 people who speak and read Arabic sufficiently to translate.”

“It betrays the principles of liberty on which our country was founded, and for which those gay vets served,” he continued. “It’s mind boggling we can say you can serve your county, but you’re not allowed to tell us who we are or bond with your comrades in the way everyone else has.”

In the same vein, Barkley also sees the federal Defense of Marriage Act — which prohibits federal recognition of same-sex marriages, and allows states not to recognize gay unions performed in other states and abroad — to be in direct conflict with the Full Faith and Credit Clause of the U.S. Constitution.

But while Barkley is concerned with these and other gay rights issues, he stressed that he is not a “one-trick pony.”

Economics, for example, is one of Barkley’s strongest concerns in part because of his educational background: he holds a bachelor’s degree in economics and a master’s degree in finance. Indeed, Barkley opined that the U.S.’ current economic crisis came about largely because of its support for supply side economics, which privileges money and those who control it (capital) over workers.

“[Supply side economics] have been discredited in theory and are even more disastrous in practice,” Barkley explained. “Even though the facts are slapping us in the face, our congress and what’s coming out of our new president is tax breaks for the rich again. That’s what got us into this mess, and we’re just going to do it again.”

“Why do we owe our livings to the wealthy? It’s the other way around, it always has been,” he continued. “You have to have capitol and labor, and the more important is labor. You have nothing without labor.”

And without improving the lot of workers, Barkley does not think the economy can escape its current troubles. For this reason, he supports strengthening labor unions, regulating businesses (particularly those that could do damage to the environment), and does not support a flat income tax, which he said would hurt poorer families. And while he recognizes the need for a stock market, he said he does not favor a market based on speculation.

“If we’re more interested in really making this a farer system, we need to look at things,” he said. “If you’re not working for anything [and just receiving returns on stocks or investments], why should you get more than the laborer who is doing something more with it?”

If Barkley runs and wins, he said he makes no promise as many legislators to do “shake things up in Washington.”

“I will go to Washington and thoughtfully represent my district in such a way that I would always boil down decisions to a ‘me vs. we’ calculus,” keeping in mind not special interests, but how each proposed law would benefit the U.S.’ people at large.

“That’s how you shake up Washington,” he said. “It takes time, but that’s how it’s done.” 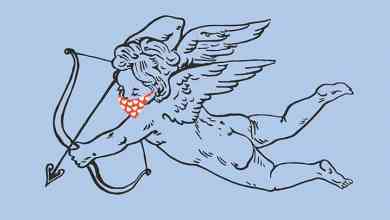 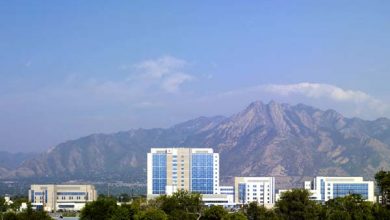