The first of Equality Utah’s “Common Ground” bills has died in a committee hearing on the second day of the Utah State Legislative Session. Senate Bill 32, “Wrongful Death Amendments,” drafted by Sen. Scott McCoy, D-Salt Lake, failed 4-2 in the Senate Judiciary, Law Enforcement, and Criminal Justice Committee, chaired by Sen. Chris Buttars, R-West Jordan who made no comment on the bill.

The bill sought to extend the right to sue for wrongful death to survivors with financial ties to a deceased person but who are not related by blood, adoption or marriage. It will not likely reappear this session.

Equality Utah founded the Common Ground Initiative last November, in the wake of the LDS Church’s support for California’s Proposition 8 and the church’s insistence that it did not oppose protections for gay people that are unrelated to marriage, such as inheritance and probate rights and employment nondiscrimination.

Over 60 people attended the standing-room-only hearing before the Senate Judiciary, Law Enforcement, and Criminal Justice Committee, several sporting green or white “Common Ground” buttons showing their support for the initiative.

The committee is chaired by Sen. Chris Buttars, R-West Jordan, who attempted to block Salt Lake City’s mutual commitments (domestic partner) registry last year and who is well known for his anti-gay remarks.

In his introduction to the bill, McCoy, an attorney, explained that current Utah law only allows spouses, parents or children (biological, adopted or stepchildren) to bring suit in cases where an individual dies because of negligence or medical malpractice, and said that these protections were not sufficient.

“In our modern society we have households and relationships that don’t fit into the model [for wrongful death litigation] that the state envisioned,” he said.

McCoy explained that SB 32 would allow an individual to sue for wrongful death if he or she can prove the existence of “commingled assets and liabilities” with the deceased —that is, a shared residence, or a designation in a will or trust. His bill also mandates that such individuals may only bring an action if the deceased has no surviving spouse, children or parents; the surviving children and parents decide not to bring a wrongful death action; or surviving parents and children allow the individual to join in their suit. Further, minor children have first dibs on any money in a wrongful death settlement. These stipulations, along with language recognizing Utah’s constitutional gay marriage ban and stating that SB 32 did not intend to confer marriage status onto non-marital relationships, make this version the narrowest McCoy has run in the bill’s three year history.

McCoy also made a point of comparing SB 32 to a bill run by Sen. Greg Bell, R-Fruit Heights, in the 2005 legislative session. Titled Mutual Dependence Benefits Contract, Bell’s unsuccessful bill would have granted two adults in a mutually dependent economic relationship several rights related to health care decisions and property ownership. Citing a legal opinion written at the time which found that the bill did not violate Utah’s constitutional ban on gay marriage, McCoy pointed out that his bill was even more stringent than Bell’s.

Although McCoy insisted that his bill was based “on an economic, not sexual, relationship,” many who testified against the bill objected on the grounds of gay marriage. They included Laura Bunker, director of self-described pro-family group United Families Utah; Utah Eagle Forum president Gayle Ruzicka; and Frank Myler, a Salt Lake City attorney, who said the road to legalized gay marriage is not a slippery slope, but achieved incrementally through bills such as McCoy’s.

In a prepared statement, Stan Rasmussen of the Sutherland Institute agreed, and criticized McCoy’s bill and the Common Ground Initiative of trying to sneak around Utah’s gay marriage ban.

“SB 32 will begin the process in Utah — a process that has been implemented in California, Massachusetts, and Connecticut — to extend benefits to unmarried persons, ultimately, to allow our courts to do what our State Legislature is reluctant to do — redefine marriage,” he said, adding that the benefits SB 32 would grant could be handled through “private contract.”

Sutherland Institute member and former legislator LaVar Christensen invoked the specter of the California Supreme Court’s decision to legalize gay marriage in May of 2008, calling the decision “convoluted gobbledygook” and mentioning that California’s gay-inclusive wrongful death statute was a harbinger of gay marriage.

“This is not common ground, it’s breaking new ground,” he said of the Common Ground Initiative at large.

McCoy said that comparisons to California’s brief legalization were akin to the boy who cried wolf.

“Do you know what the difference is between Utah and California?” he asked the committee. “California didn’t have a marriage amendment [in its constitution]! We do.”

Supporters of the bill argued that it would not only protect vulnerable people the law has overlooked. Jonathan Jepson, a Salt Lake insurance broker and an openly gay man, told the committee that he would likely lose his house and have to declare bankruptcy if he could not sue in the case of a wrongful death.

“It is highly unlikely I could continue with my financial obligations — our obligations,” he said.

“If my brother, who is invested in my financial well-being, if he met these standards and couldn’t sue for wrongful death, it would be to his detriment,” he said.

“Those who are here to debate marriage are late and have missed the hearing,” added Will Carlson, Equality Utah’s Manager of Public Policy, referring to Amendment 3’s passage in 2004.

Throughout the hearing, the committee questioned McCoy on the bill’s finer points, including how SB 32 would effect alimony payments, whether or not a shared residence should be one of the criteria, and if McCoy did indeed intent to reinforce Amendment 3 with his bill.

Before the vote on the bill, Sen. Ross Romero, D-Salt Lake City, expressed disappointment over “how divided we seem to be on this bill, in this room and maybe this state.”

“It’s a fair, equitable solution to a problem in our community,” he said, adding that he was surprised that McCoy had amended the bill when the same committee had passed out a less stringent version of it in 2008.

The bill failed on a vote of 4-2.  Sen. Lyle W. Hillyard, R-Logan, Sen. Mark B. Madsen, R-Tooele and Sen. Michael G. Waddoups, R-Taylorsville as well as Buttars voting against and Romero and McCoy voting in favor.

Buttars did not comment on the bill during the hearing.

The Gym at City Creek offers discount to ‘QSaltLake’ readers 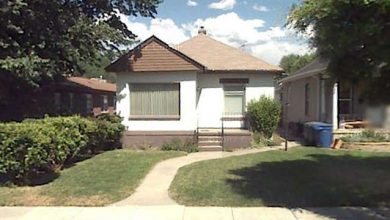