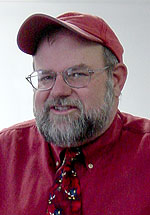 You know, gay people just get no respect. Here we are, the founders of Athenian democracy and the creators of the Western concept of love, and all we get is grief! Since it’s nearly Valentine’s Day, maybe Hallmark would come out with a card for heterosexuals to thank us for creating love as we know it, but nahhh, I’m dreaming. Oh, not about gays creating the western concept of romantic love, but about ever being thanked by heterosexuals!

Hell, most heterosexuals don’t even know that homosexuality existed years before heterosexuality. The word homosexual was coined by Karl Maria Kertbeny and was first published in 1869. Ahh, we love our 69’s, don’t we? Heterosexuals are Johnnies-come-lately, having not been invented until 1892 as kind of an afterthought — a yin to gay yang, if you will. As a noun the word came into medical use in early 1920s, but did not enter into common use until the 1960s. Homosexual, on the other hand,  has been in use for decades.

But back to love. Ah, love. Love Love Love. Love is All We Need. Come to think of it, The Beatles should be eternally grateful to gays for inventing “love.” I know some of you reading this probably think I am full of jellybeans, but I’m not just making this stuff up as I go along.
You see, some of the greatest philosophers and historians have written books on this subject, but because of heterosexual bias most of this work is buried in dusty archives. Who writes most of the histories of the world? Heterosexuals, of course — and not only heterosexuals, but Western, Christian-indoctrinated heterosexuals.

Some of you might have heard of the philosopher Friedrich Nietzsche who invented the concept of the Superman. No, not the Man of Steel in a red cape with a yellow S on his chest, but the concept of superior human intellect. Most of his writings have fallen out of favor since the end of the Third Reich. However, Nietzsche believed that our modern concept of “passion” was what transformed Western Civilization from medievalism to modernism. This concept of passion was credited by Nietzsche to “those splendid, inventive men of the “gai saber.” Say what?

‘Gai saber’ is an old French-Provencal word which translates as “gay knowledge.” Who held this gay knowledge? The Troubadour love poets of the Middle Ages. All modern notions of idealized romantic love can be traced back (to a certain extent) to these poets, singers and composers who celebrated courtly love. Troubadours “lauded love, especially the sweet pain of unattainable love, as embodied by an idealized Lady.” This idealized “Lady” elevated the status of women in the Middle Ages from the apple-eating, sinful Eve to the feminine divine — more akin to the pagan notion of a goddess, or even a diva!

Now, prior to this troubadour gig, romantic love between a man and a woman was considered lustful and sinful by Holy Mother Church. Men and women married to tame their lustful and sinful nature, not because of love. Doing the nasty was only acceptable because it might bring souls into the world. However, the troubadours traveled across Europe declaring that romantic love was “equivalent or perhaps even superior to religion.” That pissed off the pope. Troubadour Gottfried of Strassbourg barely escaped the Catholic Inquisition for comparing the passion of the Germanic lovers, Tristan and Isolde, to the sacrament of Holy Mass. During this time, knights also became romantic figures, not simply the muscle and hit-men for the local feudal boss. You know and I know that Camelot had to be a gay man’s fantasy with the King Arthur, Lancelot, and Guinevere love triangle being hot stuff. All those men and one unattainable woman! Think about it.

So what’s so gay about these troubadours? Yale historian John Boswell wrote that “the cult of courtly love was most popular in the south of France, an area noted for gay sexuality and some troubadour poetry was explicitly homosexual. Moreover, both troubadour poetry and courtly love were closely associated with southern French heretical movements, especially the Albigensions, who were internationally suspected of favoring homosexuality.”

Abigensions, you say? The Albigensions are better known as the Cathars, a Christian offshoot at which the Catholic Church whole heartedly pitch a tizzy fit.

The Catharist Church originated in the Bulgarian region of the Byzantine Empire and came to Western Europe via trade routes. According to these Cathars, the purpose of a person’s life on Earth was to “transcend matter, perpetually renouncing anything connected with the principle of power,” and to attain “union with the principle of love.” They called themselves the Church of Good Men and Good Women — think 13th Century hippies. The “art” of the troubadours began in these Cathar-dominated areas of Southern France, and these boys in the band were encouraged by Cathar nobles to sing and prance and recite poetry.

These flower power Cathars were also vegetarian pacifists who encouraged sexual acts as long as they were non-procreative. The sect feared that creating babies trapped angelic ethereal substances in physical matter; thus, they didn’t consider homosexual acts to be sinful, and actually encouraged them. The Cathars were so queer that homosexuality in the Middle Ages was firmly associated with the Cathar cult. ‘Cathar’ became the word for being gay in German, Italian and French. Even the word ‘bugger’ is derived from the homo-land of the sect, Bulgaria. To the Medieval man, the act of homosexuality soon would always be equated with heresy and the word ‘faggot’ would take a turn for the worse” “Come on Baby Light My Fire.”

So while the Cathars may no longer exist, having been exterminated by Holy Mother Church, buggers and troubadours still abound, doing their buggery thing. They are still writing music and songs that teach heterosexuals all about love.

And more importantly, they are still pissing off Holy Mother Church.

Some Things That are True are Not Very Useful