The road to luxury driving is fraught with danger and excitement.

A few years ago I purchased “The Car of My Dreams,” a 1975 Buick Electra. Being a high maintenance queen, I feel I deserve an automobile of abundant luxury.

And this car came very close to fitting the bill. Its suspension can only be described by one word, “cush.” You know, when the car can ooze fluidly over the most bone-jarring of pot holes and I can still keep applying my eye liner without painting over my cornea. This royal carriage also had tufted fabric upholstery. Nothing tends to ruin the magic of an opportune moment more than when your back is sticking to the leather seats when “helium heels” are rising to the occasion.

This car was gargantuan. It could comfortably accommodate seven full-sized adults OR two fully outfitted and accessorized drag queens. I once parked beside a 60 passenger school bus and measured; the bus was only five feet longer and one foot wider than my Buick. Through backbreaking analysis with many volunteer test subjects, I also determined that the rear seat was voluminous enough to be able to accommodate all but two of the positions illustrated in the Kama Sutra. Who knew?

My friends teased that I should paint the Buick gray with a landing strip on the hood and fasten a model airplane landing on top, as if it were an aircraft carrier.

It truly could have been a sister ship of the Titanic, Olympic and Britannic. Thus I christened my royal land yacht “Her Majesty’s Ship, Queer-Tanic.” Since I got it the year that Titanic won the Oscar, the name seemed only fitting.

Since Queer-Tanic was a 20-year-old previously owned vehicle, I was a bit suspect about her reliability; I determined that I needed to drive her out of Cache Valley and give her a short test ride to make sure that she was roadworthy. A perfect occasion for a road test came up when I was invited to a birthday party at one of the bars in Salt Lake. So with the excitement of a school girl winning a date with Zac Effron, I inserted my Greatest Hits of Abba into the tape player and drove the Queer-Tanic on her maiden voyage to Salt Lake without incident, reveling in her comforts the whole trip.

At about 1:00 a.m. I left the party to drive back to Logan. I was a bit hungry, so I bought a couple of hamburgers and decided to park in the old-time cruising area on 3rd South between Main and State Streets and watch the intricate, yet delicate, tango between the cruising boys and the potential tricks driving by, while I ate my snack. Being no stranger to this “dance” and locale myself, it made for very good dinner entertainment. Upon finishing my burgers, I was very tempted to join the boys “working” the street, but I was very tired, so I decided to forgo that particular pleasure on this occasion.

I rotated the key to start Queer-Tanic. To my chagrin, there was nothing but total silence.

I opened the trunk and got out my tool kit (Yes, a prepared queen should always carry more than tweezers, nail file and lipstick). I popped the hood to check the battery cable. I tried to wiggle the battery cable and to my astonishment, the post fell right out of the battery! I repeatedly tried to poke the post back in, but despite my fervent efforts and the muttering of numerous four letter words, it kept falling back out just like the flaccid _schwanstuker_ of an ex-boyfriend.

By now it was 2:30 a.m. and even the “working boys” had gone home. So here I was all alone, far from home, on a dark street with my hood and trunk lid open, with no one to call for help. Just then I spotted an ominous looking pick-up truck containing several guys driving very slowly down the shadowy street. My mind screamed, “DANGER, WILL ROBINSON, DANGER!” But just as I was about to flee, I heard a high pitched voice from the pick-up exclaim, “Look there’s a girl in trouble!”

To my immense relief, the menacing truck full of guys turned out to be a gaggle of sister queens out for a leisurely ride to observe the hunting practices of the North American Homosexual Male. With true queenly hospitality — and even though I was a stranger to them — they refused to let me remain alone with my car. They insisted instead that I accompany them to Denny’s for respite, polite conversation and an induction into “The Sisterhood of the Traveling Heels.”

When morning arrived and the stores opened, I walked to Sears and bought a new battery. You never really know how heavy a car battery is until you have to schlep it several blocks while wearing nails and heels. Thank God for that built-in handle the newer batteries have. This could be a new fashion; I could call it mechanic chic.

After being butch with my wrenches, the new battery was installed. With much trepidation, I turned the key and voila, the engine roared to life and I was on the road again for the continuing voyages of Queer-Tanic.

As always, this story leaves us with many important questions:

1.  How can you remove heel prints from the headliner of a car?
2.  How much experience does a “Working Boy” need to become a professional?
3.  Is the gross displacement of a 1975 Buick greater than an Air Craft Carrier?
4.  Should I convert the Queer-Tanic to nuclear power?
5.  Would a battery shaped purse be fashionable?
6.  Should I open a new NASCAR line of make-up and accessories?

An issue of size 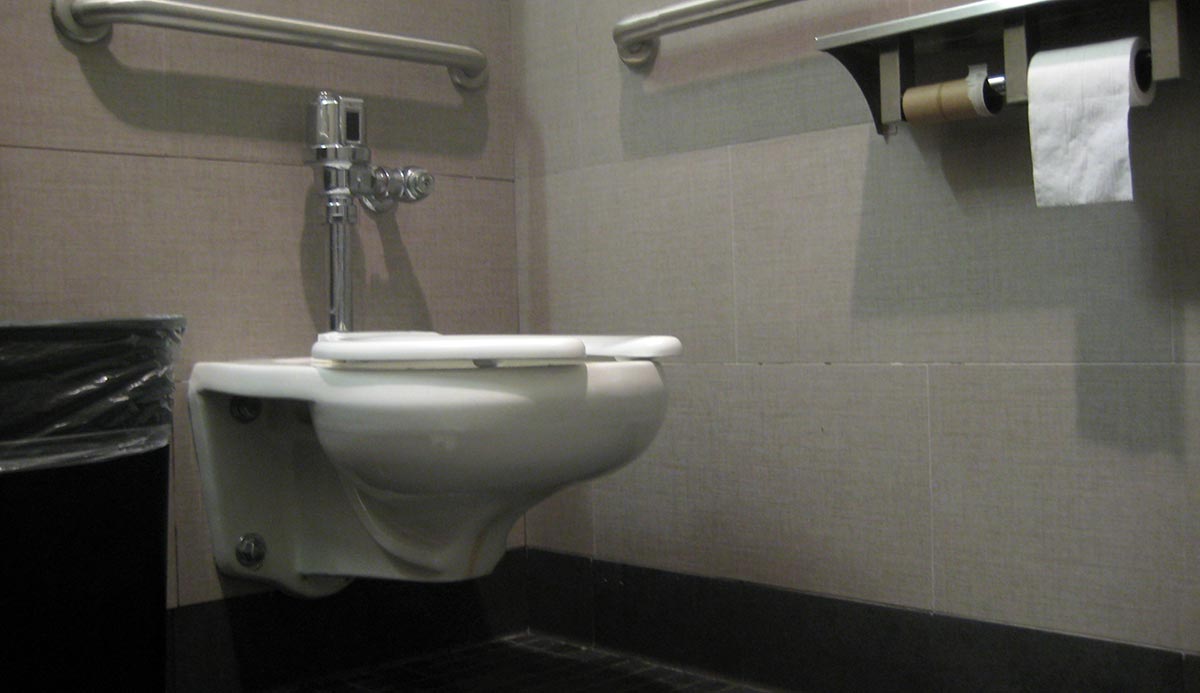 A tale of the Stall of Great Peril