In the past, the Utah chapter of the American Civil Liberties Union has invited many illustrious guests to speak at its annual Bill of Rights Celebration, including columnist and commentator Molly Ivins and Daniel Ellsberg, the former military analyst who leaked the Pentagon Papers to newspapers during the Vietnam War.

According to Anna Brower, the ACLU of Utah’s Development Director, the organization was interested in getting Maddow to speak in part because of her past work with the ACLU’s National Prison Project (a program focusing on the treatment of HIV positive prisoners) and her appearance on a panel at a 2008 ACLU conference. The panel was titled “Looking Ahead: Political Realities of a Post-Bush America” and also featured authors Ariana Huffington and Glen Greenwald. As Brower explained it, an ACLU Utah board member who “knows somebody who knows somebody” got her in touch with Maddow, who accepted the invitation.

“She’s out, she makes no qualms about that, no attempts to hide that,” said Brower. “It’s a part of her identity and work, but at the same time she’s extremely committed to The Bill of Rights and civil liberties issues. This is just her passion, civil liberties.”

Shortly after accepting, Maddow signed on with MSNBC to do her own show. But happily, said Brower, Maddow said she negotiated to keep her prior speaking commitments.

“She won’t really have an opportunity to do this again,” she said.

When asked what Maddow would speak about during her half-hour address, Brower guessed; “probably about the civil liberties landscape now, about the new [presidential] administration, and what work needs to be done given what has happened in the last eight years” under George W. Bush.

“We’re going to give her a lot of flexibility to decide what she wants to talk about,” she added.
The evening will also feature other programming items, such as recognition of this year’s ACLU of Utah’s Student Activist Scholarship recipients.

The Bill of Rights Celebration will be held at the Salt Palace on May 16. Tickets are $100 or $60 for individuals living on a fixed income.

For more information or to purchase tickets visit acluutah.org/BOR09.htm. 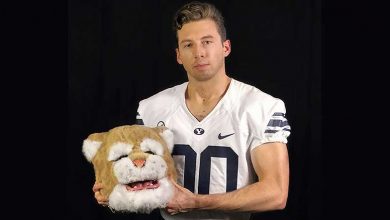