The California Supreme Court on March 5 held its hearing in the case challenging Proposition 8, the voter-passed constitutional amendment that re-banned same-sex marriage — and the hearing was an apparent disaster for the gay side.

The justices seemed fixated on the fact that California’s domestic-partnership law gives gay couples the same rights as a marriage, and they downplayed the fact that they had ruled that separate isn’t equal in their May 2008 decision that legalized same-sex marriage.

The justices seemed enamored of the notion that the people can do almost whatever they want via the ballot-box amendment process — including repealing freedom of speech, banning gay adoption and pretty much anything else.

The justices all but laughed out of the chamber state Attorney General Jerry Brown’s novel “inalienable rights” natural-law argument against Prop 8.

The majority of the hearing dealt with whether Prop 8 was just an amendment or instead a constitutional revision. A revision has to start in the Legislature or at a constitutional convention; it can’t start with people collecting voter signatures, as Prop 8 did.

On that key question, the gay side appears doomed as well, because court precedent on the issue does not favor the gay side’s arguments. Only a couple of the justices appeared possibly open to the idea of expanding their notion of what constitutes a constitutional revision.

On the case’s other big question — whether the 18,000 couples who married in California between June and November 2008 will end up un-married if the court upholds Prop 8 — a majority of the justices seemed opposed to viewing Prop 8 as retroactive, despite its rather plain wording: “Only marriage between a man and a woman is valid or recognized in California.”

At one point, the justices had a bit of Clintonian fun ruminating on “what the meaning of the word ‘is’ is” in Prop 8.

Kenneth Starr came across at the hearing as smart, confident, well-spoken and quick on his feet. None of the gay side’s lawyers did as well. But, in fairness, they were hardly able to get a word in edgewise because of constant interruptions from the justices.

Media and blogger analysts were unanimous in concluding that the court is going to uphold Prop 8.

That would leave the gay side with two options: Return to the California ballot with a proactive initiative to attempt to undo Prop 8. Or take it to the U.S. Supreme Court, using the court’s ruling in the Colorado Amendment 2 case as a precedent. In that case, the high court struck down a state constitutional amendment that prohibited Colorado governments from protecting gay people in anti-discrimination laws. The justices said government cannot irrationally single out one group of people for disfavored treatment.

Both of these “next step” options are considered risky moves.

The court must issue its ruling by early June. 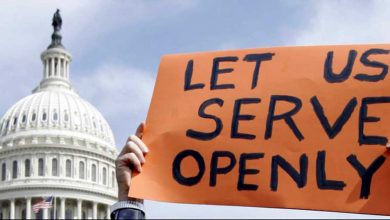