When Robin Paluso started her sandwich shop The Robin’s Nest in 2003, it occupied a small robin egg blue bungalow on 3300 South and about 1000 East. It didn’t take long before the business outgrew its space: it was hard to find a table inside, or parking outside, because both were always full. In April 2006 the restaurant moved to its current location in the Judge Building at 311 South Main in downtown Salt Lake City. The new location has allowed The Robin’s Nest to tap the downtown business worker looking for a quick, delicious, inexpensive lunch, a market which they were previously unable to take full advantage of.

Through the years, Robin was consistently praised by family and friends for her superb cooking skills, but she never worked in the restaurant business prior to opening her own shop. She decided on a sandwich shop because she didn’t want to deal with the hassles associated with a formal, sit-down restaurant. The decision seems to have worked well for her.

When you dine at The Robin’s Nest you don’t order a ham and cheese. The sandwiches, and the names they bear, stand out among typical lunch fare. Robin’s personal favorite is the Not So Average Joe, consisting of medium roast beef, tomato, red onions, lettuce, and cheddar toasted on fresh sourdough bread with Paluso’s chipotle spread. Other sandwiches include the Aloha Oink, consisting of Black Forest ham with a homemade spicy pineapple salsa on ciabatta, or The Madam, with roasted turkey breast, tomato, melted provolone, ranch, and bacon on ciabatta.

Many items on her menu are named for friends and family members: The Madam is named after Robin’s daughter Cecily, The Nutty Flora (one of the shop’s salads) is named after her Sicilian grandmother, and The Papa is modeled after the salad her father made each day when she was growing up. [For purposes of full disclosure, the writer has a sandwich named after him: ordering the Rooster Call chicken salad sandwich with tomato will make it a Matty, my own personal favorite menu item.]

The Robin’s Nest refers to itself as “The Home of the Squeak and Bubble Sandwich.” The first step in building each sandwich involves spreading butter on slices of artisan bread and toasting it until it squeaks and bubbles, something that her mother did when she was a girl. The bread is then spread with just the right amount of dressing, covered with generous portions of meat, cheese, and fresh vegetables, and toasted again. Each sandwich comes with either The Robin’s Nest signature orzo salad or chips.

Paluso believes she has succeeded in the restaurant business because of her attention to quality. “I send out very high quality food without skimping on quantity… I want to give the people who come in what they love.” Employees cut the meats, cheeses, and vegetables fresh every morning and the artisan bread is baked fresh each morning by a local bakery.

Robin’s two children, Josh and Cecily, from a previous marriage of 28 years, can often be found working in the shop. She has been with her partner Yvonne for four years. Her life experiences have contributed to her philosophy of acceptance. Painted above the door exiting the shop is the phrase “May All Who Enter Leave as Friends.” She describes The Robin’s Nest as “everybody friendly.”

“My very favorite days are when I have such a smattering of people. I have a Mohawk, I have gay people, I have lawyers in suits, I have people who just got done with temple work, I have African-Americans and other ethnic groups. I just like everybody,” she states. “The days when I truly feel successful are when I see a little bit of everyone in here. I love people and I love to bring people together.”

The Robin’s Nest is open Monday through Friday from 10 A.M. to 5 P.M. The Robin’s Nest is available to cater parties or provide box lunches to companies with delivery in the downtown area available for orders of at least ten lunches. For additional information, call 801.466.NEST.

Abode Brightens Up Any Abode 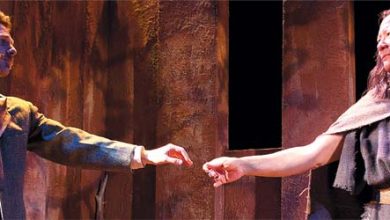 Mo’s vs. ’Mos: The battle between Mormons and Gays