The road to D.I. is fraught with danger and excitement.

One Saturday several years ago, my sister Logan queens and I were sitting around at a coffee klatch having an intellectual discussion (gossiping). Remember: “BE THERE OR BE TALKED ABOUT.” We decided that life was ever too dreary and we needed to go on a shopping extravaganza to brighten our otherwise less than faaaabulous lives. Where else for a bunch of queens to go shopping but the godsend to all drag queens: Deseret Industries.

D.I can be Nirvana for a queen who is forced to reconcile her treasure hunting behavior with her bank account. Where else can you find a size 22 pink sequined prom dress for $10? We quickly re-applied fresh lipstick, grabbed our purses and jumped in Queer-Tanic, my 6000 pound 1975 Buick Electra land yacht, for her second voyage, hoping she would succeed better than she did on her maiden voyage when she lost her battery.

We reached our first D.I. and descended upon the store like an infestation of Mormon crickets, or shoppers on the opening of doors at Filenes’ basement sale. Some ran to the house wares section trying to find the elusive Art Deco lamp of their dreams while the rest quickly gravitated to the women’s clothing area. Suddenly, bras, muumuus and sequined prom dresses were flying off the racks in a blinding blizzard of chiffon, taffeta and the mainstay of a queen’s D.I. chic couture collection, polyester. The clerks at the store tried their best to act the part of the seagulls attempting to quell the infestation, but our superior cunning and the intensity of our attraction to shiny objects quickly overpowered them. An unwitting passerby could easily have lost a limb. A video of the scene could have without difficulty been substituted on Animal Planet for a shark feeding frenzy.

We repeated the same scenario in Brigham City and Ogden. While driving south between stops, I noticed that Queer-Tanic was handling a little odd: she had acquired a strange new vibration and was making a funny noise. As we stopped at the Centerville D.I., I got out and lifted the hood to investigate. I could find nothing obviously wrong. So with denial being more than just a river in Egypt, I turned up the radio so that I couldn’t hear the noise and we proceeded gaily forward to the next DI.

As we approached North Salt Lake, My “royal intuition” told me that we should not proceed further on I-15 with no means of escape should there be a breakdown. I steered Queer-Tanic off of the freeway and then stopped in front of the rock quarry on Beck Street.

It was a good thing I did. Upon further investigation, all but one of the lug nuts on my front wheel were missing, and the last one was just hanging on by a thread. The wheel was wobbling back and forth more wildly than my limp wrist in a stiff breeze. (I tell inquiring minds that I have had “steel wrist implants” so I can be more butch.)

Celebrating my butch-ness, I grabbed the tire iron, cinched up my panties and tightened the remaining nut. Unfortunately, we were only able to travel two blocks before it loosened again. So Queer-Tanic proceeded ever so slowly just like a parade float, stopping every two blocks to tighten my nuts.

Finally we reached the auto department at Sears, and the hunky mechanic (I’m a sucker for a man in uniform, any uniform) told me we were lucky that we didn’t crash and go to that great drag show in the sky. The wheel studs were stripped beyond any hope of repair, and we could proceed no further. I know that lug bolt is the proper term but “stripped studs” just sounds ever so much more festive in a desperate situation like this. I contemplated that I could just glue the nuts on the studs with eyelash glue or nail polish, but the mechanic wisely recommended that we abandon Queer-Tanic for a couple of days while he replaced the “stripped studs.”

Our knight in shining gold lamé came in the form of the clerk at Budget Rent-A-Car just across the street. He was able to equip us with a replacement chariot in a flash, so we could go back home with our silky purchases. The rental car certainly didn’t have the luxury of Queer-Tanic, but at least all four wheels stayed on. Later I was able to return and retrieve my beloved Queer-Tanic with new “studs” and all four wheels fully functioning. STRIKE TWO for Queer-Tanic.

Like always, these events leave us with many eternal questions:

1. If the LDS Church knew how many drag queens D.I. had dressed, would they shut the doors?
2. Might they begin to require temple recommends to shop at D.I.?
3. Can purchases at D.I. be written off as tithing?
4. Where will Chi Chi LaRue get a new location for her next prison fantasy?
5. Did the mechanic try on the dresses in the trunk when we were not looking?
6. Would steel wrist implants hurt?
7. If some hunky studs stripped in front of us, would that tighten our nuts?
8. Would a stud let me glue my nuts on him?
9. Should I begin carrying duct tape and bailing wire in my make-up kit?

Petunia Pap Smear: A tale of when Hell froze over 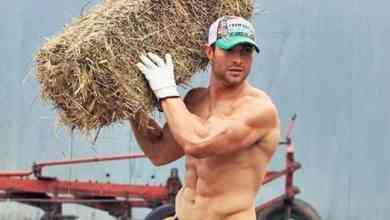